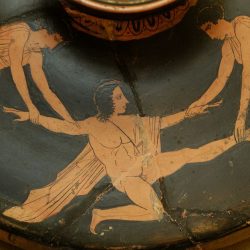 The Peloponnesian war had been dragging on for 25 years, and the military situation was getting progressively worse for the Athenians. Euripides in Macedonia The Bacchae,[1] as we know it, was first produced in Athens under the direction of Euripides’ son, also called Euripides, in perhaps 405 BC,[2] a year or two after his father’s[…]