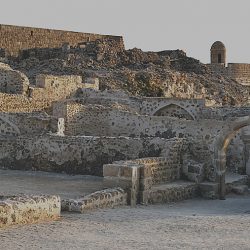 Bahrain has a unique, indigenous middle class, which contributes to the tendency of that nation being more liberal than its neighbors. Introduction Bahrain, officially the Kingdom of Bahrain (Arabic: مملكة البحرين Mamlakat al-Baḥrayn), is an island country in the Persian Gulf and is the smallest Arab nation. Bahrain was the first location in the region in which oil reserves were discovered. As a[…] 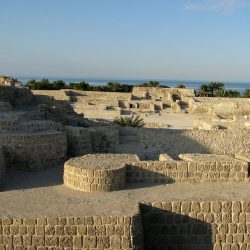 The great commercial and trading connections between Mesopotamia and Dilmun were strong and profound. Introduction Dilmun, or Telmun,[2] (Arabic: دلمون) was an ancient Semitic-speaking polity in Arabia mentioned from the 3rd millennium BC onwards.[3][4] Based on textual evidence, it was located in the Persian Gulf, on a trade route between Mesopotamia and the Indus Valley Civilization, close to the[…]