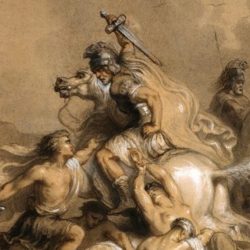 From ancient Greek, the word was used to connote any foreigner not sharing a recognized culture or language with the speaker or writer. Introduction The term Barbarian does not derive from the name of any tribe or cultural group. It is not a name one gives to oneself, rather it is given to others. The[…] 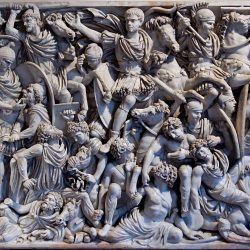 The Migration Period is typically regarded as beginning with the invasion of Europe by the Huns from Asia in 375 and ending either with the conquest of Italy by the Lombards in 568. Introduction The Migration Period was a period that lasted from 375 AD (possibly as early as 300 AD) to 538 AD, during[…] 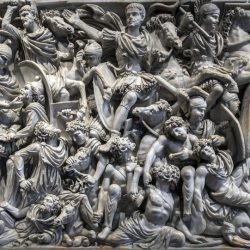 There are lessons from ancient history that could prove instructive. A caravan of Goths – the Thervingi and the Greuthungi – were massing along the Danube river, at the border of the Roman Empire. This was not an invading army, but men, women, and children fleeing the enemy at their backs: a seemingly invincible army[…]