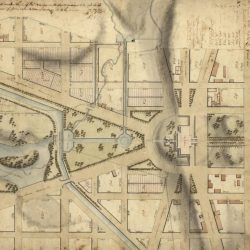 All the participants recognized they were creating America’s most important public building. Introduction George Washington and Thomas Jefferson were determined that the United States Capitol be a meaningful expression of America’s new political and social order. The Constitution, ratified in 1788, had given the country its governing structure; the Capitol, begun three years later, was[…]