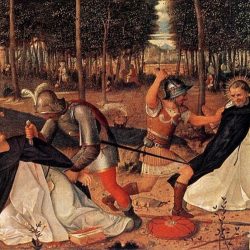 The Roman Catholic Church regarded the sect as heretical, and the Vatican launched the Albigensian Crusade to crush the movement. Introduction The Cathari (also known as Cathars,Albigensians, or Catharism) were followers of a controversial religious sect that flourished in the Languedoc region of France between the eleventh and thirteenth centuries before they were eradicated by[…]