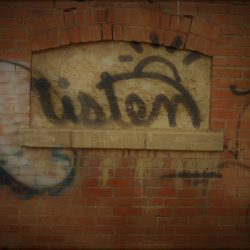 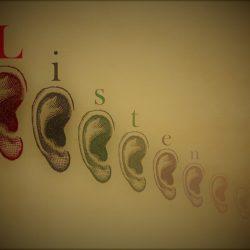 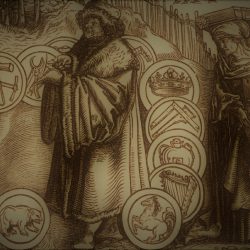 Guidance in revealing the “mystery factor” and naming the qualities of a logical, ethical argument. By Rebecca Jones Introduction The word argument often means something negative.* In Nina Paley’s cartoon (see Figure 1), the argument is literally a cat fight. Rather than envisioning argument as something productive and useful, we imagine intractable sides and use[…] 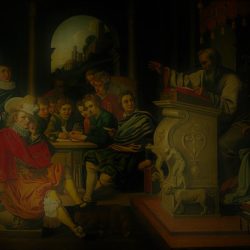 How to analyze situations and draw informed conclusions for accurate judgments about people, situations, and media you encounter. First Impressions Imagine the first day of class in first year composition at your university. The moment your professor walked in the room, you likely began analyzing her and making assumptions about what kind of teacher she[…] 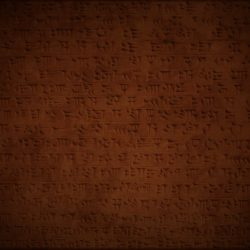 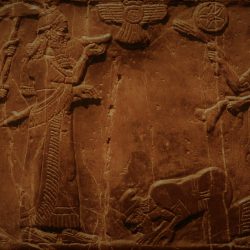 Whenever any society has had common knowledge and a sense of common interests, it has made use of propaganda. The fact that wars give rise to intensive propaganda campaigns has made many persons suppose that propaganda is something new and modern. The word itself came into common use in this country as late as 1914,[…] 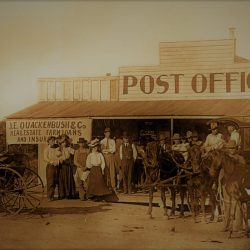 George Washington convinced Congress to support a sweeping expansion of postal routes with greater scope and reliability. Introduction Research for my recent book on the postal inspector Anthony Comstock introduced me to the prominent role the Postal Service played in enabling Americans to conceive of themselves as a singular nation. Sending a letter from Virginia[…] 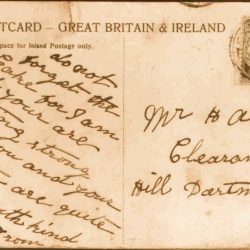 Before Facebook, we mailed idealized images of each other to those we love. My great-grandmother, who was born in the 1880s, passed away when I was about 11 years old. Looking back, it is fairly obvious now that she was a hoarder on a colossal scale, but since this predated reality television, we tended just[…] 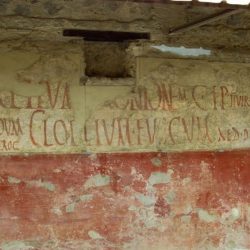 One of the most common types of graffiti found lining the streets of Pompeii were political graffiti. These graffiti opened a window into how the city of Pompeii was operated. Equally popular were graffiti that were simply personal comments or remarks. Let’s learn more about the political and personal graffiti of Pompeii. Political Campaign Graffiti[…] 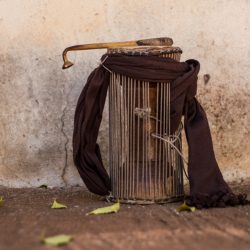 People have used drum telegraphy to communicate with each other from far away for centuries. Developed and used by cultures living in forested areas, drums served as an early form of long-distance communication, and were used during ceremonial and religious functions. Types of Drums “Talking” Drum While this type of hourglass-shaped instrument can be modulated[…] 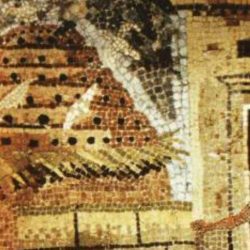 As a method of communication, it is likely as old as the ancient Persians, from whom the art of training the birds probably came. Introduction Pigeon post is the use of homing pigeons to carry messages. Pigeons were effective as messengers due to their natural homing abilities. The pigeons were transported to a destination in[…] 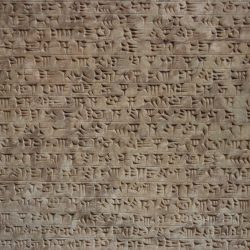 Since the art of writing was discovered, nearly every form of writing material has been used. By Grahame Johnstone Introduction The invention of writing and in particular of alphabetic writing marked a milestone in cultural development. It provided humanity with a new means of communication that literally inscribed in stone the spoken word. Communication could[…] 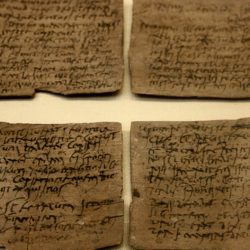 Human communication was revolutionized with the origin of speech approximately 500,000 BCE. Introduction The history of communication technologies (media and appropriate inscription tools) have evolved in tandem with shifts in political and economic systems, and by extension, systems of power. Communication can range from very subtle processes of exchange, to full conversations and mass communication.[…] 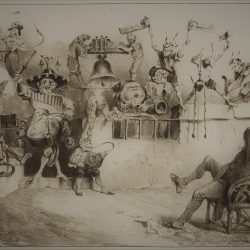 Is noise the real monster? Or is it our own intolerance of unwanted sounds? Introduction The film “A Quiet Place” is an edge-of-your-seat tale about a family struggling to avoid being heard by monsters with hypersensitive ears. Conditioned by fear, they know the slightest noise will provoke a violent response – and almost certain death.[…] 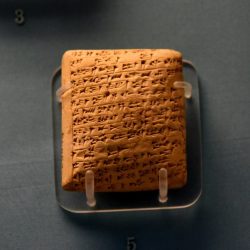 Surviving letters such as clay tablets and papyrus scrolls contain a mine of information and they have been invaluable to historians. By Mark CartwrightHistorian Introduction Letters and their delivery via a state communication system was a feature of many ancient cultures. The writing medium may have differed but the Mesopotamians, Egyptians, Greeks, Romans, and Incas[…] 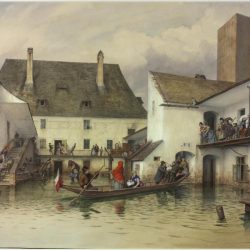 Telecommunication would prove to be a powerful agent of change. Rivers flood, some more regularly than others. The more infrastructure humans construct in floodplains, the more vulnerable to extreme hydrological events they become. Thus, when Danube floods hit Vienna, a Habsburg residence and the most important city of the monarchy, its waters regularly swept over[…] 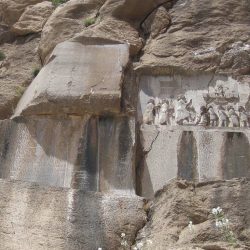 Inscriptions ranging from the first Persian king, Cyrus, through Artaxerxes reveal elements in common in both Babylonian and Egyptian texts. Stretching from Egypt to the Indus River, the Persian Empire was the largest empire yet seen in the ancient Near East. Typically, the Hebrew Bible depicts ancient Near Eastern empires as divine instruments of punishment.[…] 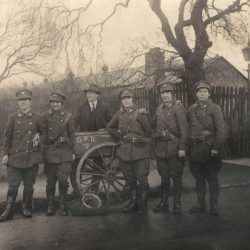 As a result of the need to exchange information faster and more efficiently, telecommunications advanced rapidly. As the First World War raged, governments harnessed modern technologies to give them an advantage in conflict. New inventions – from tanks to Zeppelins – appeared on the battlefield, while existing technologies were adapted to fit the needs of the British[…] 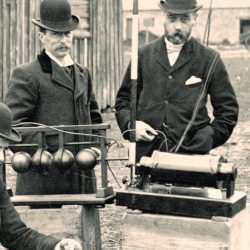 Morse code works whether flashing a spotlight or blinking your eyes – or even tapping on a smartphone touchscreen. The first message sent by Morse code’s dots and dashes across a long distance traveled from Washington, D.C., to Baltimore on Friday, May 24, 1844 – 175 years ago. It signaled the first time in human[…] 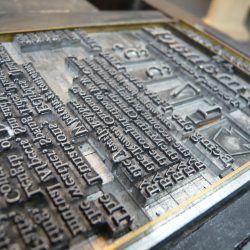 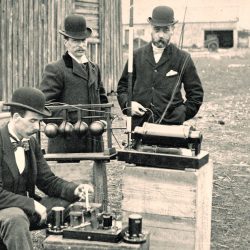 Long before ‘sup’ and ‘hwu’ there was ‘Hw r u ts mng?’ From “lol” to “brb,” the internet and text messaging gave rise to a unique form of short form language – “textspeak” – in which almost all of us are well-versed. But long before the internet revolutionized communication, humans experienced a different sort of[…] 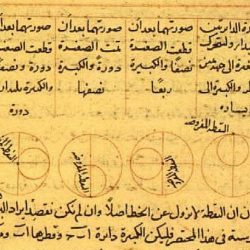 Some general principles for approaching the topic of knowledge transfer and science transfer. Abstract We are all familiar with stories of the daring voyages of discoverers and researchers who braved the seas and severe privation in the service of truth and enlightenment. The title of this article, “Knowledge Transfer and Science Transfer”, and the fact[…] 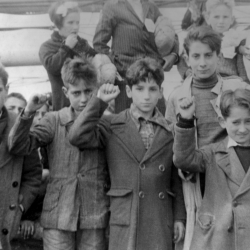 The raised fist, or the clenched fist, is a symbol of solidarity and support.[1] It is also used as a salute to express unity, strength, defiance, or resistance. History A raised fist was used as a logo by the Industrial Workers of the World[3] (IWW) in 1917. However, it was popularised during the Spanish Civil War of 1936-1939, when it was used by the Republican faction as a greeting, and was known[…] 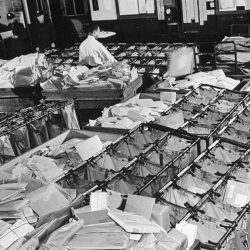 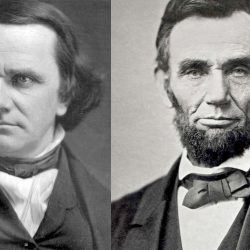 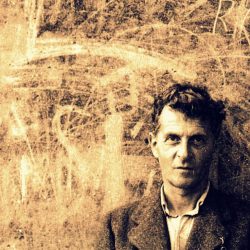