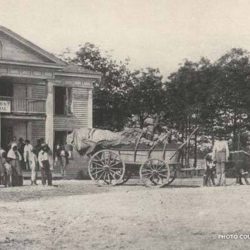 In the first year of the Civil War, Union General Benjamin Butler used the term “contraband of war,” to describe escaped enslaved people. By Ashlee AndersonPublic Historian On April 12, 1861, America officially entered into a Civil War, years in the making. This war would transform millions of lives and completely change the country as[…]