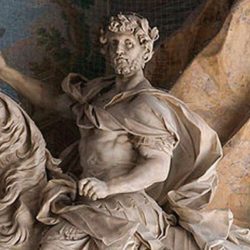 Reexamining Charlemagne through evidence from his own time, as a ruler of a recognizably European empire and as a political figure. This paper, ‘Charlemagne and Europe’, is a revised and expanded form of the lecture I read on 12 November 2013. I begin by asking what Europe has meant to medieval historians in recent times,[…]