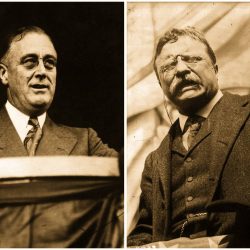 Politics and war brought Teddy Roosevelt and Franklin Delano Roosevelt ever closer. Introduction On May 26, 1914, Teddy Roosevelt ventured to Washington, D.C., to deliver a lecture at the National Geographic Society. Only a week before, Roosevelt had appeared in New York a jaundiced, frail version of his legendary robust self, after a seven-month trip[…] 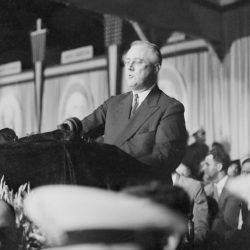 Roosevelt won the greatest electoral landslide since the beginning of the two-party system in the 1850s. Introduction The 1936 United States presidential election was the 38th quadrennial presidential election, held on Tuesday, November 3, 1936. In the midst of the Great Depression, incumbent Democratic President Franklin D. Roosevelt defeated Republican Governor Alf Landon of Kansas.[…]