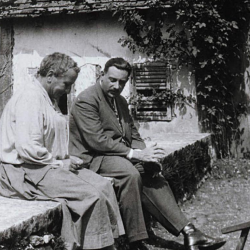 Was the den mother of modernism a fascist? Why were so many prominent modernist writers and philosophers attracted to fascist or authoritarian regimes in the first half of the twentieth century? A list of those who were not—Samuel Beckett, James Joyce, Thomas Mann, and Robert Musil—pales in comparison to a list of those who were—Ezra[…]