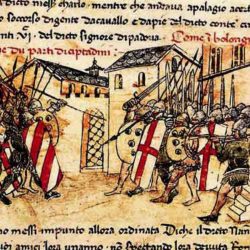 The division between the Guelphs and Ghibellines in Italy, fueled by the imperial Great Interregnum, persisted until the 15th century. Introduction The Guelphs and Ghibellines were factions supporting the Pope and the Holy Roman Emperor, respectively, in the Italian city-states of central and northern Italy. During the 12th and 13th centuries, rivalry between these two[…]