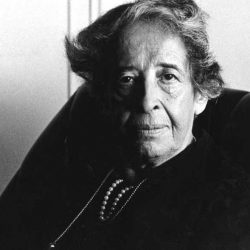 She caused a furor when she coined “the banality of evil” to describe mindless acts of Nazi horror. By Kathleen B. JonesWriter, Editor, Publisher “There are no dangerous thoughts; thinking itself is a dangerous activity.” Hannah Arendt Fifty years ago, on October 28, 1964, a televised conversation between the German-Jewish political theorist, Hannah Arendt, and the well-known[…]