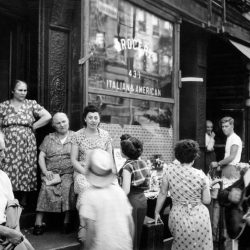 They were all about family and work. “And so you know the difficulty in becoming an American. It isn’t a sudden process. You get over it. But you don’t ever quite get over it. You carry it with you. That’s the great—and not so great—aspect of being or trying to be an assimilated American.” So[…] 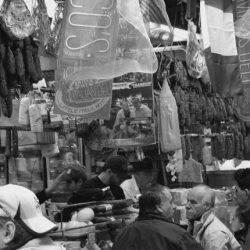 Growing up in suburban Virginia, our Italian-American family relied on my grandmother to bring us the foods we craved from the Bronx. By Gina DePalma My grandmother’s visits from New York City always began with what I call The Great Unpacking, which took place on our dining room table the very second she crossed our[…]

Examining the reception of Italian cuisine in Europe with the early modern and modern movement of migrants and tourists. Abstract In recent decades, Italian cuisine has had a greater impact upon the development of eating habits than any other national cuisine. Spaghetti, pizza, tiramisù und espresso are ubiquitous in Europe and North America. This article[…] 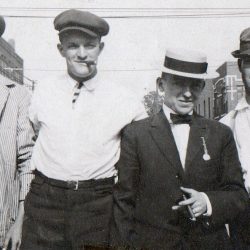 Examining scale of emigration, the reasons behind emigrants’ departure, the various origins and destinations, and the attitudes in sender and receiver states. Abstract Emigration across the Atlantic by Europeans during the 19th and 20th centuries, and especially during the so-called age of mass European migration from 1850 to 1914, forms a key part of Europe’s recent[…]