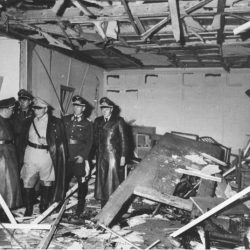 Groups planning a coup of some kind had existed in the German Army and the military intelligence organization since 1938. Introduction The July Plot or July 20 Plot was an attempt to assassinate Adolf Hitler, the dictator of Germany, on July 20, 1944. It was the culmination of the efforts of the German Resistance to[…]