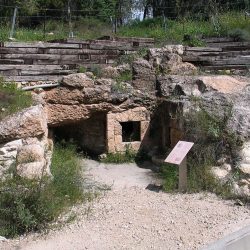 The outcome was the formation of the Hasmonean Dynasty, an autonomous Jewish rule over Palestine that would last a generation. By Harry Oates Introduction After the death of Alexander the Great, his Kingdom was divided into four; Egypt, the Seleucid Empire, the Kingdom of Pergamon and Macedon (including Greece). Egypt, governed by Ptolemy I Soter[…]