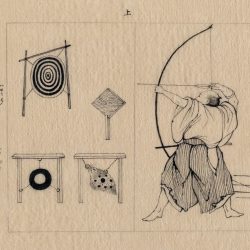 Several of the martial arts which became popular in medieval Japan were introduced from China. By Mark CartwrightHistorian Introduction There were 18 martial arts (bugei or bujutsu) in medieval Japan, and these included use of weapons, unarmed self-defence techniques, swimming, and equestrian skills. Initially designed to hone the skills of warriors for greater success on[…]