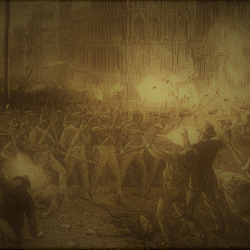 The modern National Guard evolved from Colonial-era militias. Introduction The Pentagon has approved leaving 5,000 troops deployed indefinitely to protect the U.S. Capitol from domestic extremist threats, down from about 26,000 deployed after the Jan. 6 insurrection. The National Guard is a federally funded reserve force of the U.S. Army or Air Force based in[…]