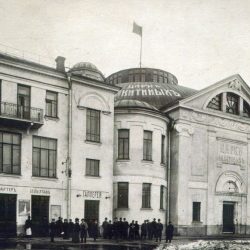 They were born to Aleksandr and Alina Ivanovna Nikitin, who were serfs attached to one of the vast lands belonging to the Crown. By Dominique JandoCircus Consultant Introduction In nineteenth-century Russia, circus was extremely popular among the aristocracy and the people alike, but the Russian circus was being developed mostly by foreigners whose names—Ciniselli, Truzzi, or Salamonsky—became[…]