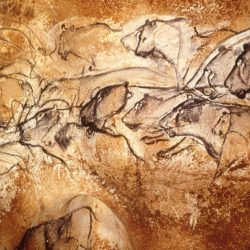 During this period major climatic and other changes occurred, affecting the evolution of humans. Introduction The Paleolithic Age, also known as the Stone Age, encompasses the first widespread use of technology—as humans progressed from simpler to more complex developmental stages—and the spread of humanity from the savannas of East Africa to the rest of the[…] 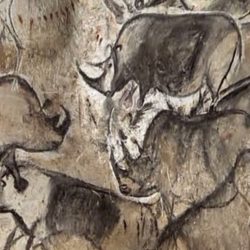 The Stone Age as a whole makes up around 99% of humanity’s technological calling card. By Emma GroeneveldHistorian Introduction The Palaeolithic (‘Old Stone Age’) makes up the earliest chunk of the Stone Age – the large swathe of time during which hominins used stone to make tools – and ranges from the first known tool[…] 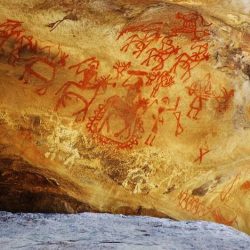 It has been suggested that there is a correlation between demographic and social patterns and the flourishing of rock art. Introduction Rock art (also known as parietal art) is an umbrella term which refers to several types of creations including finger markings left on soft surfaces, bas-relief sculptures, engraved figures and symbols, and paintings onto[…]