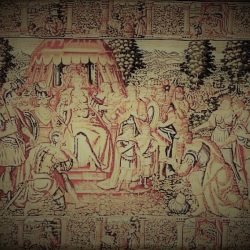 She challenged Rome by defeating the Roman prefect Tenagino Probus and conquering Egypt. Curated/Reviewed by Matthew A. McIntoshPublic HistorianBrewminate Introduction Zenobia was a Syrian queen (240-after 274 C.E.). After her husband’s death, she became a powerful military leader in her own right, conquering both Egypt and much of the Eastern Roman Empire. The descendant of various royal ancestors, Zenobia became queen[…] 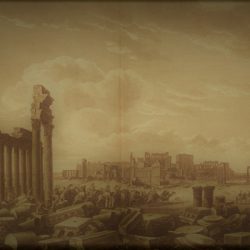 History and identity come together to tell the story of Palmyra. Introduction Born and raised in Palmyra, Syria, Waleed Khaled al-As’ad can trace his family’s lineage in the city back five generations. Now a refugee in France, he hopes to someday return to Palmyra, an important world heritage site that suffered widespread destruction by ISIS[…] 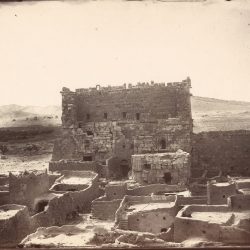 Getty Curators Frances Terpak and Peter Bonfitto answer questions about how the ancient site was recorded and how it has changed. Frances Terpak and Peter Louis Bonfitto, co-curators of the Getty Research Institute’s first online exhibition The Legacy of Ancient Palmyra, took your questions on Instagram last week. Both are passionate about the value of scholarship and the[…] 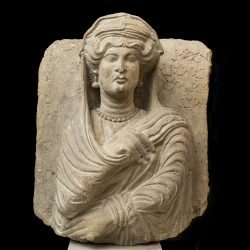 Once adorned with gold and paint, this ornate limestone bust depicts a prosperous resident of the ancient city. Introduction Hadirat Katthina has come to the Getty Villa. The J. Paul Getty Museum recently acquired the portrait of a woman who lived—and died—in the fabled ancient Syrian caravan city of Palmyra around the years 200 to[…]