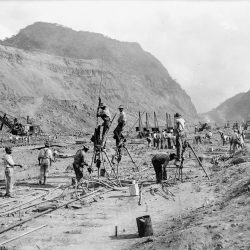 The Panama Canal was a tremendous achievement by the U.S. and a display of their power and abilities. However, the health costs to the mostly Caribbean contract workers was enormous. It was the greatest infrastructure project the world had ever seen. When the 77 kilometre-long Panama Canal officially opened in 1914, after 10 years of[…]