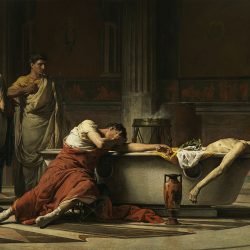 Tutor and advisor to Nero, he was ordered to commit suicide – by Nero. Introduction Lucius Annaeus Seneca (Seneca the Younger, l. 4 BCE – 65 CE) was a Roman author, playwright, orator, and most importantly a tutor and advisor to the Roman emperor Nero (r. 54-68 CE). Influenced by Stoic philosophy, he wrote several[…] 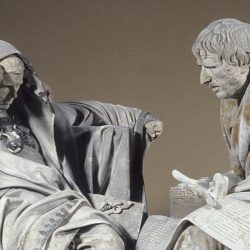 A philosopher, writer, orator and statesman, Seneca (4 BC – 65 AD) was Rome’s leading intellectual during the middle of the first century AD. Brought back from exile, he and his friends would virtually rule Rome in the first years of Nero’s reign. The second son of a wealthy family, Seneca was educated in the[…]