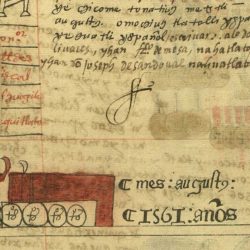 Europeans, speaking Spanish, Italian and French, had to communicate with indigenous peoples through Nahuatl, the lingua franca under the Aztecs. Once the dust settled after the Spanish conquest of the Aztec Empire in the year 1521, a new government system was established in Mesoamerica, the region spanning present-day Mexico and Central America. That was the[…]