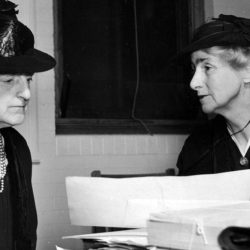 Long before Chasten Buttigieg became a ‘not-so-secret weapon’ in his husband Pete Buttigieg’s presidential campaign, another same-sex couple profoundly reshaped American social policy. Since openly gay South Bend, Indiana, Mayor Pete Buttigieg announced his bid for the presidency, news outlets have been full of stories about Buttigieg and his husband. By highlighting the novelty of an out[…]