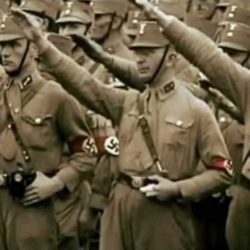 After Adolf Hitler ordered the “blood purge” (Night of the Long Knives) of 1934, he replaced the SA with the SS. Introduction The Sturmabteilung, literally Storm Detachment, was the Nazi Party’s original paramilitary wing. It played a significant role in Adolf Hitler’s rise to power in the 1920s and 1930s. Its primary purposes were providing[…]