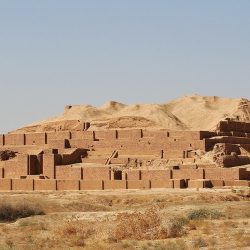 Susa began as a small village in the Neolithic Age around 7000 BCE. Introduction Susa was one of the oldest cities in the world and part of the site is still inhabited as Shush, Khuzestan Province, Iran. Excavations have uncovered evidence of continual habitation dating back to 4200 BCE but that early community grew from an even older[…]