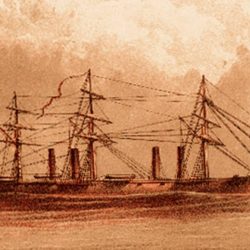 The Lincoln administration understood that it would be unwise to risk a possible armed conflict while already in the midst of a war. Introduction On November 8, 1861, Charles Wilkes, a U.S. Navy Officer, captured two Confederate envoys aboard the British mail ship, the Trent. Great Britain accused the United States of violating British neutrality,[…]