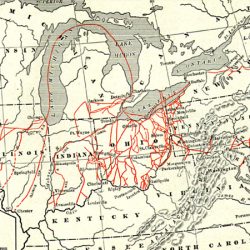 Native American assistance to freedom seekers crossing through the Midwest has largely been erased from Underground Railroad studies. In an interview conducted in 2002, the late Helen Hornbeck Tanner, an influential historian of the Native American experience in the Midwest best known for her magisterial Atlas of Great Lakes Indian History (1987), reflected on the considerable record[…] 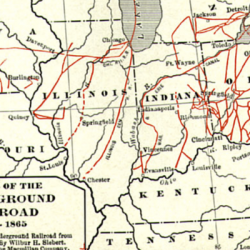 Underground Railroad activists and fugitive slaves had to improvise in response to ever-shifting circumstances. When I’ve used that line over the years in speaking to audiences about the loosely-organized network that aided runaway slaves in the pre-Civil War U.S., it has usually elicited surprise.  Since slavery ended, most Americans have come to view the Underground Railroad[…]