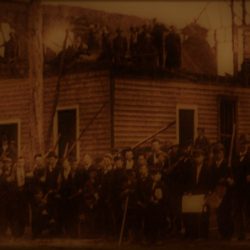 The violent overthrow of a duly elected government by a group of white supremacists. Introduction The Wilmington insurrection of 1898, also known as the Wilmington massacre of 1898 or the Wilmington coup of 1898, occurred in Wilmington, North Carolina, on Thursday, November 10, 1898. It is considered a turning point in post-Reconstruction North Carolina politics.[…]