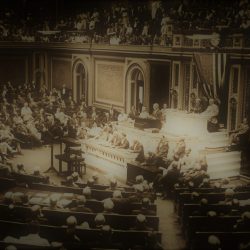 In his speech before Congress, Wilson laid out evidence of why the United States should now join its allies, Great Britain and France. Introduction On April 2, 1917, Washington buzzed with excitement. While “a soft fragrant rain of early spring” poured over the city, thousands of people clogged the streets and hotels; others stood near[…] 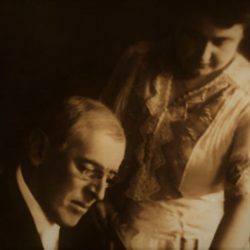 Examining Woodrow Wilson’s stroke, the historical implications of his health decline, and its impact on United States foreign policy. Introduction World War I catapulted the United States from traditional isolationism to international involvement in a major European conflict. Woodrow Wilson envisaged a permanent American imprint on democracy in world affairs through participation in the League[…] 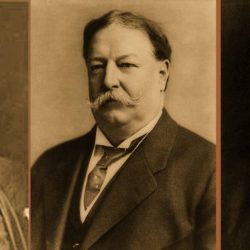 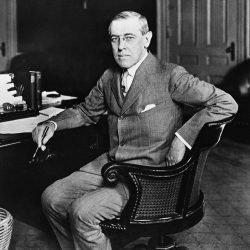