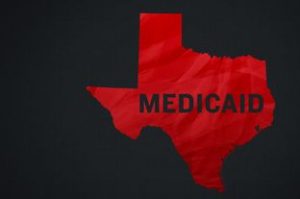 A significant cut to the amount of money Texas pays therapists who treat children with disabilities was finally cleared to take effect — more than one year after state lawmakers originally ordered it — when the Texas Supreme Court on Friday declined to hear a lawsuit over the budget cut’s legality.

Last year, a group of concerned Texans filed a lawsuit seeking to block the $350 million cut to Medicaid, the federal-state insurance program for the poor and disabled, from taking effect. That group included speech, physical and occupational therapy providers and the families of children who receive their service. They argued that the cuts were so steep that providers would have to close their businesses and forgo seeing as many as 60,000 children.

The Texas Health and Human Services Commission and several health insurers with state contracts denied those allegations, arguing that therapy providers were overpaid by Texas Medicaid compared with private health insurance plans and that payment cuts would not reduce children’s access to services.

The Supreme Court’s announcement means that a lower court’s decision, which found the lawsuit lacked standing, will remain in place, clearing the way for state officials to begin cutting payments to in-home therapists by as much as 25 percent. The Supreme Court had temporarily blocked the cuts from taking effect while it considered whether it wanted to hear the case.

Rachel Hammon, executive director of the Texas Association of Home Care and Hospice, a provider lobby group, said she was disappointed with the high court’s decision and called on Gov. Greg Abbott to intervene.

“Now is the time to halt these cuts, make immediate changes to the policy implementation that is impacting care and call on managed care organizations to stop denying vital care to kids,” she said in a statement.

“There is going to be heartbreak when parents find out their children with disabilities won’t be able to get help learning to walk or eat,” said Stephanie Rubin, chief executive of the advocacy group Texans Care for Children, in an emailed statement. “We need the Legislature to put these therapy cuts on hold until they can come back next year and ensure kids with disabilities and developmental delays get the support they need to reach their potential.”

A spokeswoman for the Texas Health and Human Services Commission, which oversees Medicaid, did not immediately return a request for comment.