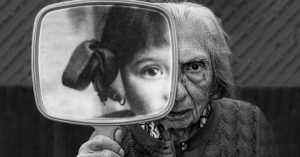 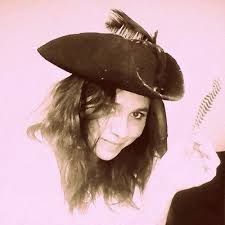 The Ins and Outs of US

Moving through life, we cast off parts of ourselves as we go. Some of them we hope never to see again. Unarticulated, untraceable, forgotten. But leaving something behind is not an alchemical act. It cannot make something other than it is. Past selves inhabit the subconscious, and we perceive them myopically. Stationed around the edges of our consciousness they visit in dreams; triggered by scent and sound, resonating in moments of deja vu, and fortifying our intuition. As a pivotal link in our story, past selves are unapologetic, and continue to hold sway over us as we pen our next life chapters. When the link is positive, the influence is too. But positive or not, our psyche continues to inform our personal identity.

Philosophers and psychologists refer to this phenomenon as psychological continuity. Famously explored in the works of 17th century philosopher and political theorist John Locke, psychological continuity in this view is central to personal identity. The actions of a younger us have directly lead to current us, and so on. In circumstances where this continuity is interrupted, such as memory loss or blocking, questions about identity arise. Who are we if we can’t, or don’t want to remember our past?

Rejecting Past Selves–Why Do We Do It?

We’ve had a lot of practice. It’s part of our psychological makeup. And increasingly part of our wide spread culture of disposal. When we don’t want something to affect us anymore we cut ties with it. Send it to landfill. Get a better version.

Lovers that hurt us are dethroned and deleted, where they can stay gone for eternity for all we care. And so too do we treat ourselves in this manner. But shutting down the past can have unpredictable outcomes. Like ghosts relegated to a half-life, neither fully departed nor earthly present, discarded selves can shadow us until we turn to give them our full attention, meet their needs, and set them free. 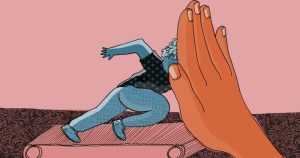 We reject parts of ourselves, leaving them to shadow us until we pay them attention.

History is rarely objective. We pick out the parts that serve us–the anecdotes, the revelry, the battles won, the defeat met with valour. What we don’t like to remember are the acts of cowardice. Arrogance. A refusal to say sorry, petty lies, deceit, arrogance, mistakes, misjudgements, prejudices, denial, laziness and vanity.

All histories contain mistakes, some of which could do with some real attention of the heart. Revisiting things can help you to be clear about which parts of these mistakes were yours, and how you can take responsibility. But its not always easy.

We’ve been looking the same way at our past for so long now, it hardly seems possible this could change. If you’re going to try and debunk your own mythology you’re going to have to get yourself some evidence. Gathering evidence is the first step in rewiring your own history. And to do this we need to perform an emotionalunearthing. Don your safety hats folks, lets go digging.

An Archaeology of Self

Think of your life like the layers of sediment that create the earth. As you start to dig you will encounter things both unexpected and familiar. Various pieces of evidence will present themselves, upside down in the soil here, scratched into the stone there. Just observe.

Start with the boxes in the attic. If you’re not in the practice of visiting your past, beginning with what you have in front of you materially is useful. Move away from digital explorations and seek out something you can hold in your hand. Most of us began documenting our lives when we still wrote with a pencil, and handwritten texts tell fascinating stories. 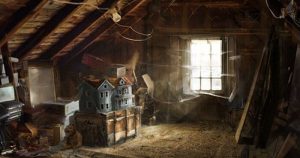 Going through your physical ‘stuff’ first is a good place to start.

Roots will appear, and you will have to dig around them. This is an ecosystem all of its own down here and you need to respect that while you are in it. A common obstacle to further exploration will be facing things we don’t like. And one of the things we don’t like is when ‘parts of self’ things seem alien to us.

The term ‘abject’ is often defined as a particularly low state of being, misery or disillusionment. But it is also used in a philosophical context to describe the discord which exists between self and other, whereby the other can be ‘other self.’

The abject marks a ‘primal order’ that escapes signification in the symbolic order; the term is used to refer to the human reaction (horror, vomit) to a threatened breakdown in meaning caused by the loss of the distinction between subject and object, or between the self and the other.

I first came across the concept of ‘abject horror’ while studying Samuel Beckett’s one act play Krapp’s Last Tape. The central character makes a series of tape recordings throughout his life, and is then faced with listening back to a younger self. The younger Krapp is filled with ideas, dreams and resolutions that seem at times absurd and repulsive to Krapp, and at others poignant and eternal. These mixed responses invoke in Krapp the eternal love/hate binary of self, in which we become both parent and child unto ourselves. 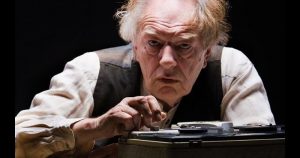 Krapp’s Last Tape is a perfect example of abject horror.

In this treatment of identity, Beckett points to the alienation we feel when we encounter past selves we don’t recognise as our own.

Things that are welcome in our being while they are still part of us, can become repugnant to us once we have cast them off. A fingernail, blood, hair, skin, words, no longer of us, we do not wish to reclaim them.

But it helps to remember this is all perfectly natural.

Part of being human is looking back at your 13-year-old self with a complete lack of comprehension. Verily we banish this self, this awkward self, staring back at us like some oddly formed butter pillar, whisked from the metamorphosis process far too early.

And while we may laugh, we may also feel shame and reach for the 20 something self instead. This is the cool us. The ideologically armed, physically resilient us, able to exist solely on a diet of vegemite toast and verve. This self will undoubtedly be welcomed back over the years, introduced to friends, revered, celebrated. 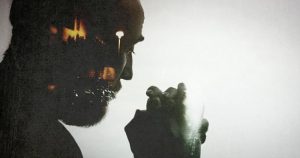 It’s natural to feel repugnant towards the different versions of ourselves.

Visiting some parts of your life can feel like you’ve walked in on a recently deserted campsite. Blankets laid over grass, shoes and candles scattered, and the fire is still going. You could sit down right there and carry on–as though not a moment had passed. These are locations in your past you could still learn from, perhaps resume. They are not altered by the passing of time.

Other unfinished stories seem more the kind of ghost stories that inspire terror.

Memories of yourself in a volatile relationship can feel very dark. Those memories were rejected in order for life to be bearable. We can’t get that time back. And we can’t seem to forgive ourselves for participating. Massive pain or humiliation means massive fear of revisiting that place. But whether you seek out guidance professionally with a therapist or go it alone, emotional growth is often not as harrowing as we fear. Just as we romanticise certain parts of our lives, so too do we catastrophise others. When it comes to our own history, things can seem worse than they really were. In many cases, once commenced, personal growth flows forward without excessive effort, finding a natural path to healing.

The privilege of a lifetime is being who you are. – Joseph Campbell

Continuity of Identity in a Modern World

Identity is not static. Or even, some would argue, particularly cohesive. As the world around us becomes more fluid, traditional markers of identity also fall away.

He worked at the bank his whole life. She was a loving mother and wife. 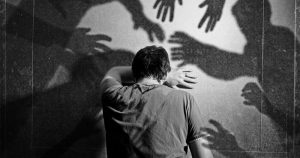 When it comes to our own history, things can seem worse than they really were.

Re-invention of self is not only possible but probable. This is an empoweringpractice. Less wholly defined by our physicality, geography, economic status, we are freer to construct our own person. But perhaps this reconstruction serves us best when we have confronted our ghosts, and accepted our past selves.

No Beginning No End

In many traditional cultures time is understood to be cyclical. The concept of past, present and future existing simultaneously in the now is natural. Ancestors who came before stand shoulder to shoulder with children yet unborn. There is no cause for severing and disconnection. The powerful constancy of collective cultural memory leaves a linear time looking comparatively simplistic. In a modern age, we are free to review our concept of time as part our own spiritual journey. So if cyclical time works better for you, embrace it. And those imperfect selves, with the careless words and the poor judgement, the cocky attitude and no ride home, the ones hiding behind the bleachers and the ones with bad hair… Open up the doors and welcome them back. They’re just going to be hanging around outside anyway.