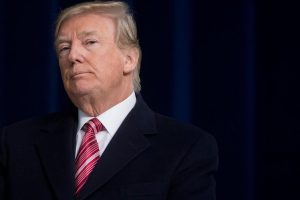 Legally and politically, the charge is problematic. 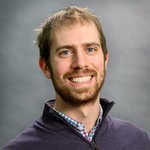 It’s been more than a year of eye-popping allegations and furious speculation about the conduct of President Donald Trump and his election team in the run-up to the 2016 presidential election and its aftermath. In recent weeks, there’s been one particular charge – one seemingly less salacious than others – that’s come to stand out: obstruction of justice.

The issue of a possible obstruction flared again last week after The New York Times reported that Trump had repeatedly implored Attorney General Jeff Sessions last year not to recuse himself from ongoing Justice Department investigations related to the 2016 presidential campaign in an effort to maintain leverage over investigations looking at connections between his family members and staff and the Russian government.

But making such a case against a sitting president – whether as an indictment or as grounds for impeachment – would come with sizable legal and political hurdles. Legally, the case is muddy and difficult to prove. Politically, a sole allegation of obstruction could become yet more evidence cited by Trump and his supporters in Congress and the media that the investigation by special counsel Robert Mueller into Russia’s meddling in the 2016 election has been little more than a partisan “witch hunt” granted an overly broad mandate to dig up any dirt it might find.

“If the most that comes out of this investigation are obstruction allegations, there will be a notable disconnect between the purpose and conclusion of the investigation,” says constitutional law expert Jonathan Turley, a professor at The George Washington University Law School. “In that respect, Trump will be vindicated.”

Others are not so sure.

“Even if Mueller cannot make, in the end, a convincing case that he colluded with the Russians – although it seems to me pretty clear already from evidence that’s available that at least his campaign did – but if Mueller were to reach a contrary conclusion, it would still be a very serious matter if he deliberately or corruptly obstructed an investigation. That’s not what presidents are supposed to do,” says Louis Michael Seidman, a constitutional law professor at the Georgetown University Law Center. “Now whether that’s grounds for removing him from office is in large part a political question. But that was the principle grounds that caused Nixon to resign.”

“To say it’s underwhelming, it’s not. The fact that they can’t ultimately prove the underlying conspiracy to steal emails and use those emails to help Trump win the election – if they can’t prove that, and they wind up proving the cover-up, then history would say that that could be done,” he says of the possibility of an indictment or impeachment based on obstruction alone.

Among the first issues that will need to be settled is a contention among Trump’s lawyers that a sitting president under the Constitution simply cannot commit obstruction of justice, at least while exercising his power under the Constitution. The president, the argument goes, could be charged with obstruction by offering to bribe a witness, for example, because that’s beyond the scope of his constitutional responsibility – it’s conduct that led to President Richard Nixon’s downfall. But he cannot be charged with obstruction or other crimes while carrying out the powers that are inherent to his office, such as hiring or firing officials or urging the FBI or Justice Department to prioritize or de-emphasize certain investigations. Bringing such a charge, some argue, would cause an imbalance between the executive and legislative branches.

That view has been sharply rebuked by a broad range of legal scholars, but it has found some traction in mostly conservative legal circles, as well as from noted scholar and former Harvard Law professor Alan Dershowitz.

Then there’s the matter of intent. Proving that someone committed obstruction of justice requires not only that the person interfered in an investigation but that they both meant to do so and that their intention was to protect themselves or their interests.

But determining intent and conflicts of interest when it comes to the presidency can become uniquely thorny, given the expansive reach and powers of the office. It’s a process that could involve parsing the president’s statements in a manner that is unpersuasive to his supporters or detractors.

“The president may believe with utmost sincerity that a given policy decision, like a recusal, would only lead to extended proceedings dragging the administration through difficult times and would impair its ability to deliver for the American people. That’s not a fanciful supposition – that’s exactly what’s been happening,” says David Rivkin, a conservative constitutional law scholar who served in the administrations of President George W. Bush and President Ronald Reagan. “That is quintessentially the motivations you want the executive to have. On the other hand, if it involves his friends and relatives and it’s somehow impure, how are you supposed to weigh either one? Undoubtedly both are involved. So the president cannot do what is good for the country if it somehow helps a friend or family member of his?”

Complicating matters is that Trump is the first president in history not to have served in the government or the military, entering office with no operational understanding of the concept of constitutional limits on his authority. Turley notes that Trump’s private meetings with Comey, for example, in which he asked for the then-FBI director’s loyalty, “occurred during a period when President Trump and the White House staff were making a series of missteps” that they have since begun to overcome.

“In many regards, it’s consistent with how they were approaching these problems: Trump came to the White House and tried to replicate his approach from the business world. He’s the ultimate Type-A personality who achieved success by influencing events through the sheer force of personality. He started out his presidency trying to replicate that same approach, and it failed. Since then, there has been a change – not in the rhetoric but in the actions taken by the president. Once this controversy blew up and the appointment of the special counsel, the president has continued much of the rhetoric, which I’ve criticized, but there’s not as much evidence of this type of action from what I can see,” Turley says.

Akerman, the Watergate special prosecutor, disagrees, contending that norms and standards are utterly beside the point. Regardless of whether it fits a broader pattern of behavior, obstruction of justice is itself a crime – one that’s far from unique to the nation’s capital:

“You don’t need to be some kind of sophisticated character to be able to obstruct an investigation or be able to ask someone to drop an investigation or lie about things. That takes you nowhere,” Akerman says. “Mob bosses and underlings get indicted for this crime, they’re not used to Washington. It’s a crime! It’s like saying he stole from the bank because he’s not used to banking and didn’t know how to open a checking account. Give me a break, it’s ridiculous.”