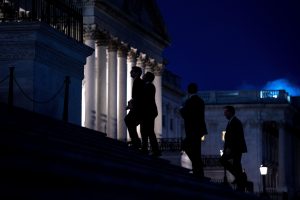 The People’s House has turned into a place where laws are written by leaders in private, with little debate. 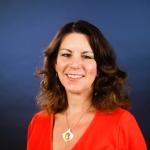 It’s lauded as the People’s House, a paragon of democracy that is a model for the world. But now, lawmaker and public policy experts complain, Congress is looking more like a secret society.

Party leaders are negotiating and writing bills with a cabal of deal-makers, behind closed doors, sidelining committee chairs who have developed an expertise on their issues. Major legislation is being handed to individual lawmakers just hours before votes, leaving little opportunity for comprehension, let alone debate. Congress hasn’t sent a single appropriations bill to President Donald Trump for his signature, leading Congress to pass “continuing resolutions” that are negotiated at the top.

Ironically, one of the most consequential matters Congress is doing on a bipartisan basis, the investigation into Russia’s meddling in American elections, is being done (necessarily, because of classified information) in secret. And other major issues aren’t getting a full hearing before Congress, even when there is broad and bipartisan interest in doing so.

“There’s no regular order at all,” laments Rep. Walter Jones, R-N.C., referring to the process the House has of hearing from witnesses in open session, having an open markup (writing) of a bill, then debating it before voting. “It’s very frustrating for me and for a lot of [other] members in both parties because we’re not part of the process. We’re kind of in the stands, watching leaders play, but they don’t invite us to participate. It’s very disturbing.”

The sweeping tax overhaul bill, affecting virtually every American, was drafted with minimal hearings and public input from outside experts (the 1986 Reagan-era tax plan, meanwhile, took two years, including 30 hearings and 26 days of committee markups, when the bill is actually written). On the Senate side, changes were being made so close to the vote that members were given a bill text with hand-written alterations in the margins.

The unsuccessful attempt to undo the Affordable Care Act was done with similar speed and secrecy. The House approved it without even seeing a final Congressional Budget Office estimate on the fiscal impact, while the Senate bill – crafted in private by a team of GOP lawmakers – was unveiled just hours before the vote. Immigration talks are being held in private, while matters such as continued U.S. presence in Afghanistan aren’t being formally debated at all.

And this week, Congress is tangling over a fifth “continuing resolution” to keep the government running, legislation that is necessary only because Congress has failed to complete its nuts-and-bolts work of passing individual appropriations bills (a record delay, according to House Minority Whip Steny Hoyer, D-Md.).

On the Senate side, where different rules tend to give a bigger voice to the minority party than in the House, Democrats complain they are not only shut out of the bill-writing process, but asked to vote on things they’ve not had the time to read first.

“I hope it’s not the new normal, but it’s become that in too many instances,” says Sen. Bob Casey, D-Pa. “A worse alternative is that we don’t even have that,” meaning that even secret, small negotiations would not go on, Casey adds. But “I would much rather have regular order,” he says.

“I don’t know why it’s happening that way,” says Sen. James Lankford, R-Okla. “Maybe the Senate has done so many hearings on these issues, year after year after year, and it didn’t work out, and now it’s this ad hoc, pop-up process that’s happening.”

Some of the complaints are rooted in longtime congressional realities – it’s rarely fun being in the minority party, and, as Senate Majority Leader Mitch McConnell, R-Ky., noted during the tax vote, when lawmakers are losing, they complain about the process, much as a defeated sports team might whine about the referees. But the increased partisanship and bitterness on the Hill has brought things to a new, low level, experts say.

For example, House Speaker Paul Ryan, R-Wisc., hasn’t allowed a single “open rule” on the floor that would allow individual congressmen to offer amendments – a first for a Speaker, according to a tally kept by the House Rules Committee’s Democratic staff. Floor amendments to House bills are always subject to the pre-approval by the Rules Committee, mainly to keep the legislative process from becoming unwieldy and too time-consuming. But Democrats say that under Ryan, they have yet to be allowed to offer a single amendment on the floor.

“The last session of Congress was the most closed session in history. Legislation is routinely written behind closed doors and considered by the Rules Committee without receiving a committee hearing first,” laments Rep. Louise Slaughter, D-N.Y., the ranking Democrats on the Rules Committee. “The People’s House has become the Speaker’s House. The American people deserve better.”

Both Slaughter and Jones blame GOP leader for stymieing a vote on a new Authorization for Use of Military Force. “We’ve not had a policy debate [on it] since 2001,” before the U.S. attacked Afghanistan following the 9-11 attacks, Jones says. And Slaughter notes than an AUMF amendment which got bipartisan support in committee was removed from an Appropriations bill last year.

It’s not that committee members and their staff aren’t doing their work, members and experts say. It’s that the process is being taken over by leaders, a reversal from the days when the House and Senate tended to give some deference to committee chairs’ expertise and staff research.

“Committees are being marginalized as policy is increasingly shaped and driven by party leaders,” says Tom Mann, a scholar with the Brookings Institution and an expert on Congress. That trend – along with the House GOP’s term limits of committee chairmanships – is one of the reasons there are six full committee chairmen retiring from the House this year and 38 Republicans total are not coming back next year, not including the three who left to join the administration). “It’s a lousy job and rank-and-file members, especially Republicans, have little to do but dial for [campaign] dollars and follow their leaders on votes,” Mann says.

The retirements include Rodney Frelinghuysen, R-N.J., whose chairmanship of the Appropriations Committee once would have made him one of the most powerful people on Capitol Hill. Appropriations subcommittee chairs, called “cardinals,” also have seen their once-tremendous power wane as the normal process for writing spending bills has been taking over by continuing resolutions.

“The cardinals have been demoted to priests,” quips Jones. His colleague, Rep. Thomas Rooney, R-Fla., agrees. “What’s the point of being a cardinal if you’re just going to do CRs?” he asks. The appropriations process “now seems like a bad joke,” Rooney adds. “You don’t run your house this way. You don’t budget for 2018 with 2017 numbers. And we’re doing that for the whole country and it’s just not right.”

As much as both parties complain about the decline in debate, they aren’t too optimistic things will change. “We’ve tried every way with the same result,” says Sen. Lindsey Graham, R-S.C. And then senators retreated to private, small groups to figure out how to keep the government running.