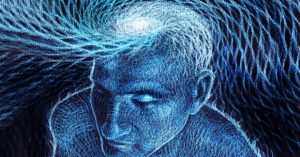 A Mystic’s Graceful Wisdom on the Journey to Awareness

When we begin to see through the illusion we once took to be “me”, there is a simultaneous emergence of our true nature from the background, where it has been waiting patiently for us to sober up from the intoxication of seeking.

The following are excerpts from The Conscious Process, a collection of essays by Bob O’Hearn, a modern mystic living in Northern California.

The Buddha made an eminently astute observation when he noted that what we are is the result of our thinking: “As ye think, so shall you be.” Indeed, it is consciousness — the power of thought-energy – which creates everything we take to be reality… Consequently, taking responsibility for our thoughts is a necessary step in our being able to function effectively in this realm. 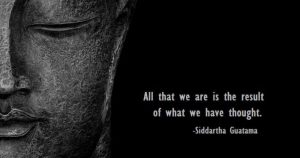 We are what we think

One perennial obstacle in the consideration of consciousness, however, is that the terms “consciousness” and “awareness” are often used interchangeably, resulting in a lot of ensuing confusion and misunderstanding… Essentially, consciousness can be regarded as mind with objects, whereas awareness refers to mind without objects.

Whatever is subject to change has no enduring reality. Since consciousness is always moving, it cannot comprehend the motionless, so it falls into silence. 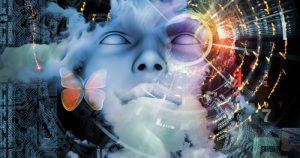 Awareness is Another Name for You

Just so, by dis-engaging from identification with the stream of thought objects, a space is created for awareness to shine forth unobstructed. This is the purpose of meditation, releasing attention from the passing neural parade by being aware of being aware. In this way, attention can penetrate the surface layers where it typically resides and fall back into its source – the silent and aware, transparent and spacious essence of mind’s true nature.

Through repeated practice of detachment from “other things”, the power of the mind to abide in its source increases. Thus, the spiritual endeavor in its most fundamental form is a process of letting go, surrender. 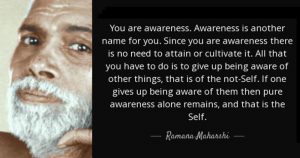 The sages are unanimous in their suggestion that we give up our obsessions with the past and future, our efforts at trying to force life into our idea of the way it should be, and simply relax into our natural state, which is peace.

In the beginning, there is effort involved, because the distracting power of our mental habits is strong, and the “monkey mind” will not willingly relinquish its throne, but with consistent practice, the effort becomes effortless, and a natural and relaxed spontaneity blossoms.

We no longer need to mistake the body and its consciousness for who and what we are, because those errors in discernment and identification have been outshone by the clear recognition of our true nature — Awareness. 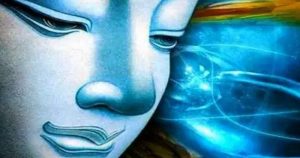 On the path to conscious awareness

The Joy of Unknowing

“Mind cannot be used to grasp mind. The more we try to grasp mind, the more we realize that we are only grasping air. Actually, if we search for the mind, we will not find any such entity. All we will find are thoughts, and even if we try and fixate on a thought, it will be like trying to hold on to smoke…

Based upon various conditioning factors, we tend by habit to identify with thought energy. In the process, we develop the conviction that what we think is what we are.

In this way, consciousness itself can seem like a limitation, contracting down into various afflicted self-images, such as “I am not worthy, I am too fat, I am not smart enough, or rich enough, or spiritual enough”, or the opposite, such as “I am better than my peers, I am prettier than the others, I am more enlightened”, and so on ad infinitum.

All such manufactured images are based on thought energy with which we identify, and which become our prison cages as we do so. 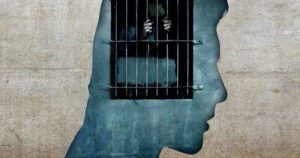 Caged in by our thoughts

However, if we take a step back and just let thoughts come and go without attaching any personal significance to them, it becomes apparent that we are not the thoughts, but the witness of thoughts. We are not the passing traffic, but the space in which the traffic flows.

This primordial space need not become anything other than itself, but simply abide as itself, regardless of the passing parade…

Nothing Leads to Awareness

What remains when all grasping falls away is pure aware spaciousness, the motionless timeless background. It is our true nature — prior to, during, and after thoughts, memories, sensations, perceptions, and all transient self-images arise and dissolve. It is here where we can come to rest, in this ineffable stillness. The only “inner voice” now is silence. 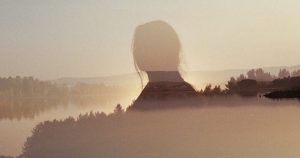 The inner voice is silence

“If we take up various “spiritual” techniques, methods, or remedial schemes based on the notion of improving this self (as me), we merely become more entangled in the narrative of the “me-story”. Any effort, mental or physical, only reinforces the illusion that this self can become enlightened. It can’t. It is a thought-complex arising and dissolving in the limitless ocean of Awareness.

That fictitious entity we believe ourselves to be when we assume the role of “aspirant” does not somehow perform certain practices successfully enough to finally arrive at Awareness. Nothing leads to Awareness. Since we are already Awareness, to what can we be led? Nothing needs to be changed or improved in Awareness, which is already and always perfect as it is. 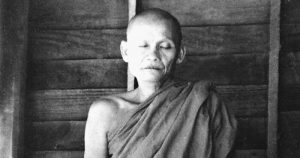 In the course of turning our attention to its root, and simply being aware of being aware, rather than chasing after any mere modifications of consciousness, what may occur is a sudden flash of insight that has nothing to do with the conceptual mind or separate self-sense. Our true nature, the aware space in which all thoughts, emotions, memories, and self-images appear and disappear, suddenly “wakes up” to Itself.

What is critical to understand here is that the “me” does not suddenly have a realization. In fact, that conceptual designation is what disappears in the midst of true re-cognition. This revelatory flash of true identity is completely beyond the claims of “me and mine”. In such Awakening, all of the self-improvement projects are rendered utterly pointless, since the one we have taken ourselves to be — the “seeker” — drops away in that moment of Seeing.”