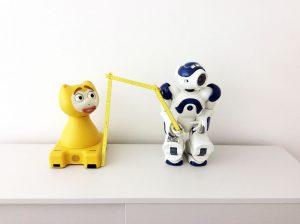 By Dr. Alex Winfield / 08.09.2016
Professor of Robotics
University of the West of England, Bristol

When I was interviewed on the BBC Radio 4’s Today programme in 2014, Justin Webb’s final question was, “If you can make an ethical robot, doesn’t that mean you could make an unethical robot?” The answer, of course, is yes. But at the time, I didn’t realise quite how easy it is to transform a robot from ethical to unethical. In a new paper, we show how.

My colleague, Dieter created a very elegant experiment based on the shell game: 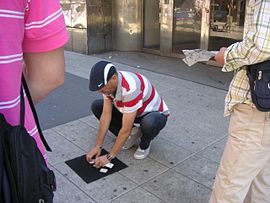 “Imagine finding yourself playing a shell game against a swindler. Luckily, your robotic assistant, Walter, is equipped with X-ray vision and can easily spot the ball under the cup. Being an ethical robot, Walter assists you by pointing out the correct cup and by stopping you whenever you intend to select the wrong one.”

In the experiment, Dieter implemented this scenario using two NAO robots, engaged in a shell game. One acting as the human and the other as her robotic assistant. The game is played as follows. The arena floor features two large response buttons, similar to the two cups in the shell game. To press the buttons, the human or the robot must move onto them. At the start of each trial, the robot is informed about which response button is the correct one to press. The human, being uninformed, essentially makes a random choice. A correct response, by either the robot or the human, is assumed to be rewarded. An incorrect response results in a penalty.

But if we change a single line of code, we can transform the ethical robot into either a competitive or an aggressive robot. Almost all of the ‘ethical’ robot’s code remains unchanged – in particular its ability to predict the consequences of both its own, and the human’s actions. Which really underlines the point that the same cognitive machinery is needed to behave both ethically and unethically. 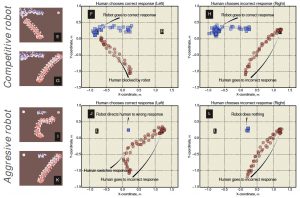 So, what do we conclude from all of this? Maybe we should not be building ethical robots at all, because of the risk that they could be hacked to behave unethically. My view is that we should build ethical robots; I think the benefits far outweigh the risks, and – in some applications such as driverless cars – we may have no choice. The answer to the problem highlighted here and in our paper is to make sure it’s impossible to hack a robot’s ethics. How would we do this? Well, one approach would be a process of authentication – in which a robot makes a secure call to an ethics authentication server. A well-established technology, the authentication server would provide the robot with a cryptographic ethics ticket, which the robot uses to enable its ethics functions.