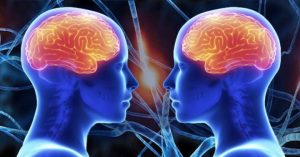 Unlocking the Magic of Compassion

A recent flood near where I live put many people’s homes and businesses under three metres of water. The natural disaster left the community devastated, and left me scratching my head at the judgement that came from some people towards the victims of the flood. Instead of feeling compassion, people pointed fingers, saying they should have been better prepared, moved their belongings to higher ground and not been so reckless. Even the volunteer emergency rescuers were criticised for either not doing enough or not getting to people quickly enough.

This is not the first time intense negative judgements have been launched at people who are suffering, instead of offering support, understanding and love. So, why do we humans often instantly jump to blaming and shaming people, even the victims of shattering trauma, instead of being compassionate?

Dr. James R. Doty, clinical professor in the Department of Neurosurgery at Stanford University, and the Director of the Centre for Compassion and Altruism Research and Education, has the answer.

Dr. Doty says that fundamentally being compassionate or caring for others is actually our default mode. We are wired to care for others. The problem comes with our adrenalin powered lifestyles. 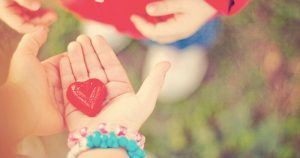 We are wired to care for others.

Our Environment Affects Our Capacity for Compassion

Modern society has developed much faster than our ability as a species to evolve and respond to it, and so we are under nearly constant stress. This inhibits our ability to respond compassionately and shuts off our natural tendency towards this inherent state.

In modern society, you have the chronic release, at low levels, of hormones or proteins that are deleterious to your health. – Dr. James Doty

Our nervous system was never meant to be chronically triggered. In fact, one of the greatest causes of a variety of illnesses is the release of inflammatory proteins released in response to stress. And it also results in a decrease in the function or ability of your immune system to respond to threats. Dr. Doty says this is why in today’s world we have an epidemic of stress, anxiety, and depression. Our overstimulated nervous systems also make us more reactive and quick to jump to judgements about others.

Many of us are in a constant state of stress and anxiety, reducing our capacity for compassion. Yet when we do behave compassionately, it has a powerful healing effect on our bodies.

When someone acts with compassionate intention, it has a huge, huge positive effect on their physiology. It takes them out of the threat mode and puts them into the rest and digest mode. What happens when that occurs is it changes how they respond to events. Instead of a quick response, oftentimes based on fear or anxiety, it allows for a much more deliberative or discerning response which typically is much more effective, and more creative because it’s allowing your executive control area to function at its best. 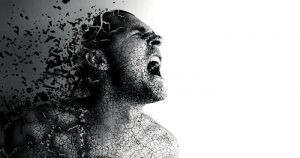 Our stressful lives leave us with less capacity for compassion. Artwork: Wlado

Studies at Emory University have demonstrated that a regular compassion meditation practice reduces negative neuroendocrine, inflammatory and behavioural responses to psychosocial stress. And Dr. Doty cites research by Stephanie Brown, a professor at SUNY Stony Brook University and the University of Michigan, who has shown that the act of experiencing compassion and helping others actually leads to tremendous mental and physical well-being for us as well. Being compassionate also inspires others to be compassionate, affecting their wellbeing and creating a positive feedback loop.

He says that when you switch to your parasympathetic nervous system as the driver, as opposed to your fear response (which is your sympathetic nervous system), your heart rate, blood pressure and your expression of inflammatory hormones decrease, while your heart rate variability increases, and your immune system is boosted. And over time, the length of your telomeres (the ends of your genes, associated with an increase in longevity) increases.

So if people are having a struggle being kind to those who are suffering, what’s going to happen when they encounter a situation with a person who is the polar opposite from them? It’s easy to sit in a room with somebody who agrees with you. The challenge is to sit with someone who is oppositionally opposed. When we are with someone who dislikes us or who we feel is against us, we shut down immediately. 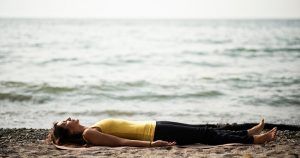 Yoga, meditation, breathing and nature all help switch off our sympathetic nervous system.

This is the opportunity each of us has to change how they respond to events in the world and … when somebody comes on to you in an aggressive fashion, when an event occurs, and you have a tendency to put a good or a bad response to it, if you’re able to control those types of responses and reframe them, then it changes everything.

The author of Into The Magic: A Neurosurgeon’s Quest to Discover the Mysteries of the Brain and the Secrets of the Heart, Dr. Doty’s personal experience is the driving force behind his work around compassion and his vision of creating a more compassionate world. Growing up in poverty, with an alcoholic father and a mother who was chronically depressed and attempted suicide many times, he had a difficult childhood and felt a lot of anger and fear. He was repeatedly witnessing situations where people were not treated with compassion. He wondered why people who were in positions of power, or had the ability to help others, chose not to and this drove his extensive research.

He discovered that the people who reached out to those who were suffering, were serene, open and had no judgement, while oftentimes, people in power or authority would readily make judgements without knowing anything about you.

The healing power of compassion was released in his own life at the age of 12, when in a quite extraordinary moment, he walked into a magic shop searching for magic tricks, but discovered a wholly different and more powerful kind of magic.

I walked into a magic shop and the owner wasn’t there but his mother was there. I described his mother as this open-hearted, radiant soul who had this incredible joyful smile that embraced you. While she knew nothing about magic in the magic shop, she understood people. The manner in which she interacted with me at that very first meeting, I could tell she didn’t judge me, she was kind for no apparent reason and she did not treat me like a child.

We can completely change a situation when we approach aggression with compassion.

He goes on to share how she reached out to him, seeing his pain and simply gave him love and compassion.

That initial interaction led to her saying to me, “I see that you’re suffering. I’m going to be here for another six weeks. If you come in every day, I’ll teach you something that could change your life.”

This level of presence, kindness and attention, really seeing what was going on for this young boy, helped his body relax and his nervous system soften.

She released me from that self-imposed prison of limitations by making me understand that with correct intention, I could actually change a possibility to a reality. That fundamental interaction with this person who had no reason, changed the trajectory of my life. It allowed me to believe that I could attend college, go to medical school, become a neurosurgeon, become an entrepreneur …and create this centre.

He went on to medical school without an undergraduate degree or the right entry average, and today, his Centre for Compassion and Altruism is supported by luminaries like His Holiness the Dalai Lama and Amma. 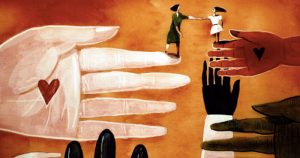 Dr. Doty’s groundbreaking research into the nature of compassion, along with his own lived experience, provides a powerful gift to a world drowning in conflict and judgement. These personal compassion practices he uses daily can support us all to be kinder and more altruistic towards others.

I will wake up in the morning and I will actually sit in quiet and I put myself in this position of thinking of that person or that situation where someone has given me unconditional love. When you can sit with that, that gives you this immense feeling of warmth, of caring, and you see how it affects you as an individual and the very nature of that in and of itself calms you because in that context, you don’t feel any threat.

Dr. Doty says that in this place you don’t feel any need to be more than you are, or to create a projection of yourself. Your faults and mistakes don’t matter and you are then resourced to share this feeling with others.

Each of us innately has an immense ability within ourselves to shine the light of compassion to others which will allow them to manifest their own compassion. If we can be compassionate to ourselves and accept ourselves for who we are, even with all of our faults and understand that we’re deserving of love, kindness, care, and compassion. Once we’re able to do that, then, we can give that gift to others and it can have a profound effect on the other person but just as much on yourself.