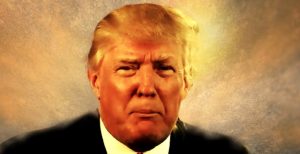 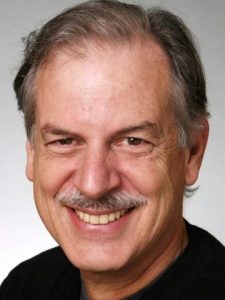 As he marks the end of his first year in office, Donald Trump, the self-proclaimed “very stable genius,” stands astride the political world like a cartoon dybbuk, an orange menace of terrifying impulsiveness.

With his tweet-spasms spewing venom on adversaries, his reckless fomenting of racial division, his unending lies, and his predilection for vulgar schoolyard taunts, Trump fuels rage and resistance. Already his act is losing whatever appeal it had for his supporters.

Even Trump’s closest aides, as Michael Wolff reports in his new book Fire and Fury, doubt that he has the temperament or the capacity to be president. Remarkably, despite a stock market at record heights, unemployment down, wages beginning to rise, low inflation, and ISIS on the run, Trump’s approval ratings remain at record lows.

Trump’s erratic immaturity makes him a constant peril. In the end, however, he is a weak president, more clown than despot. The populist postures that propelled his candidacy—the promise to “drain the swamp,” the critique of “stupid wars,” the pledge to transform our failed trade policies and stop companies from shipping jobs abroad, the vow to revive banking regulations—have been abandoned.

He has delegated his national-security policy to the generals, so the Bush-Obama wars continue, with drones and Special Operations forces striking in ever more countries. He has delegated his economic policy to bankers and millionaires, so the doors of the financial casino are being flung open again. The new tax law gives corporations more incentives to move jobs and report profits abroad. These are salad days for the lobbyists that Trump scorned during the campaign. All that is left from those days is Trump’s venom, the juvenile combativeness, and the cancerous politics of racial discord.

Yet Trump doesn’t bear the chief responsibility for the wholesale damage being done to this country. The primary culprit is a radically reactionary Republican Party in control of both Congress and the executive branch. The GOP conference, led by the experienced “adults” Mitch McConnell and Paul Ryan, was virtually unified in its attempts to repeal the Affordable Care Act, which would have stripped millions of people of their health insurance in order to roll back taxes on the very wealthy, and in passing the grotesque tax cuts for billionaires. Those “responsible leaders” now intend to use what they term a “historic opportunity” to “reform entitlements”—that is, to cut Medicare, Medicaid, and Social Security, centerpieces of what little shared security Americans have earned.

Trump’s assault on all things Obama is simply the continuation of the full-scale obstruction organized by McConnell and the GOP Congress when President Obama was in office. The calamitous denial of climate change and the methodical rollback of efforts to address it are Republican doctrine and not unique to Trump. Trump’s cabinet chiefs are drawn from GOP donors and legislators.

Their calculated weakening of consumer, worker, environmental, and civil-rights protections—what Steve Bannon touted as the dismantling of the administrative state—is a core tenet of the modern Republican Party. Trump’s judicial appointments, through which he’s stacked the courts with ultra-right-wing activists, are drawn from the approved lists of the Heritage Foundation and the Federalist Society.

On foreign policy, Trump’s juvenile bellicosity appalls, but the thrust of his approach—as expressed in the administration’s newly released national-security doctrine—is a continuation of the crackpot “realism” of the foreign-policy establishment. His announced plan to move the US embassy to Jerusalem shocked many, but it only adds to the long-term US destabilization of the greater Middle East. Trump may have dropped the “mother of all bombs” on Afghanistan last spring, but that war has entered its 17th year with no end in sight.

Trump complains that “we’ve spent $6 trillion in the Middle East” and that, with that kind of money, “we could have rebuilt our country twice.” Yet his foreign policy ensures that we’ll waste further trillions on continued misadventures. Under Trump, the US military has dispatched Special Operations forces to 149 countries—but that’s only a slight uptick from the 138 of Obama’s final year.

The media, like a fun-house mirror, distort this reality. They—and far too many Democrats—are fixated on Russian intervention in the 2016 election and the chimera of Trump’s impeachment. Russian meddling should not be ignored, but the far greater threat to democratic elections comes from a Republican Party fully aware that it represents a shrinking minority and thus systematically laboring to make voting more difficult for the young, minorities, and working people, even as it strengthens the stranglehold of big money over our elections.

Many liberal commentators urge that we make Trump’s abuses of power central to the 2018 congressional campaigns. In fact, the threat is far greater than the bilious billionaire in the White House. To revive our democracy, Americans must first rebuke the radical Republican Party up and down the ticket. That vital step must be accompanied by a political movement to transform the Democratic Party into a vehicle of progressive reform, one that breaks the suffocating elite consensus on national security, trade policy, domestic austerity, money in politics, and more.

Impeaching and removing Trump would only leave us with the ultra-conservative empty suit Mike Pence as president and continued GOP misrule. Ousting the Republican majorities in the House and Senate would only return us, at best, to the days of obstruction and neoliberal disappointment. Democrats cannot take on America’s corrosive inequality, its declining middle class, its deadly epidemics of despair, its endless wars, and its corrupted politics without a majority built by candidates with a mission and a mandate to transform this country.

In one calamitous year, Trump has helped rouse the resistance. Movements like Black Lives Matter and #MeToo mobilize new energy. The new Poor People’s Campaign will revive a moral voice in our politics. Nascent progressive electoral efforts—from Our Revolution to the Working Families Party and many more—are recruiting and supporting bold reformers. Let us remember Martin Luther King Jr.’s wisdom: “Darkness cannot drive out darkness; only light can do that.” After one year of Trump, we can already see the first rays of light.