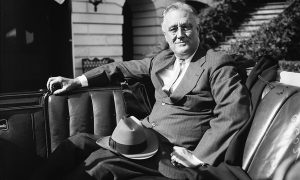 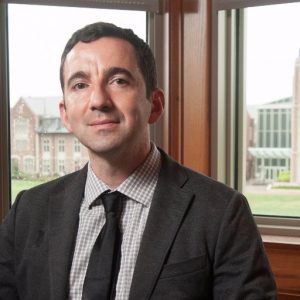 President Barack Obama insists that the United States defines itself by civic principles rather than by religious affiliation. In an otherwise unremarkable press conference in Turkey in 2009, he said: ‘[A]lthough… we have a very large Christian population, we do not consider ourselves a Christian nation or a Jewish nation or a Muslim nation; we consider ourselves a nation of citizens who are bound by ideals and a set of values.’ A torrent of conservative criticism followed, alleging that Obama had abandoned the country’s founding Judeo-Christian values. In recent months, most of the Republican candidates for their party’s nomination have called on the US to return to ‘the Judeo-Christian values that built this great nation’, as Senator Ted Cruz put it. Defenders of Judeo-Christianity believe that they are invoking timeless principles. In fact, Judeo-Christianity is a very recent invention.

The term ‘Judeo-Christian’ supposedly recognises the deep and ancient common heritage of Protestants, Catholics and Jews. The idea would have sent shivers down the spine of Puritans, who saw a diabolical Catholic ‘Papism’ lurking around every corner. Such a shared heritage would have been news to the authors of Pennsylvania’s 1776 Constitution, which required office-holders to ‘acknowledge the Scriptures of the Old and New Testament to be given by Divine inspiration’, and which effectively banned Jews from public office.

The phrase ‘Judeo-Christian’ first became popular in the late 1930s, when President Franklin Roosevelt began trying to mobilise Americans against Nazism. So Judeo-Christianity was actually popularised to oppose the anti-Semitism of another predominantly Christian nation. FDR’s repeated recourse to religion in public addresses set him apart from his predecessors, who preferred civic principles. So too did Roosevelt’s willingness to move beyond his own Protestantism and embrace Jews and Catholics. ‘We who have faith cannot afford to fall out among ourselves,’ he told radio listeners in 1936: ‘Religion in wide areas of the earth is being confronted with irreligion…. [Y]ou and I must reach across the lines between our creeds, clasp hands, and make common cause.’

In the 1930s, Roosevelt worked in concert with the National Council of Christians and Jews, for example, an organisation that fought popular anti-Catholicism and anti-Semitism. Roosevelt and other liberal Protestants took the lead in promoting Judeo-Christianity. In the works of liberal Protestant theologians, the term Judeo-Christianity began to appear here and there without a thorough defence or justification. During the Second World War, a spirit of national unity finally made the notion of Judeo-Christianity common, as Jews and Catholics were publically welcomed as junior partners in the country’s national life.

Only following the Second World War did someone stop to try to elaborate what ‘Judeo-Christian’ might actually mean. In his book Protestant – Catholic – Jew (1955), the sociologist Will Herberg extolled the virtues of Judeo-Christianity. He argued that Judeo-Christianity stemmed from ‘the collapse of all secular securities in the historical crisis of our time [and] the quest for a recovery of authenticity’. Judeo-Christianity ‘is a religiously oriented civic cooperation of Protestants, Catholics and Jews to bring about better mutual understanding and to promote enterprises and causes of common concern, despite all differences of “faith”. [Judeo-Christianity] is thus the highest expression of religious coexistence and cooperation within the American understanding of religion.’ As Herberg saw it, Judeo-Christianity arose because secularism had failed and three vibrant faiths stepped in to fill that vacuum.

Evangelicals, meanwhile, resisted the encroaching pluralism. In 1947, and again in 1954, working with political allies, the National Association of Evangelicals introduced the Christian amendment into Congress: ‘This nation devoutly recognises the authority and law of Jesus Christ, Savior and Ruler of all nations, through whom are bestowed the blessings of Almighty God.’ Out of step with the burgeoning postwar pluralism, the Christian amendment was not passed.

By the 1960s, when the inclusion of Catholics and Jews seemed to be on safe footing, the liberal Protestant pioneers of the term moved on to consider how a broader range of religious groups could be included in the US nation. The Harvard scholar Wilfred Cantwell Smith urged ‘all Christians to love and respect the faith of Hindus, Buddhists, Muslims, and the others – if necessary without waiting for the theologians’. Some theologians in the 1960s began going beyond religious pluralism and encouraged Protestants to embrace secularism. In the process, they left Judeo-Christianity behind.

But others, who emphasised Judeo-Christianity’s anti-secularism, rededicated themselves to the term. Herberg’s insistence in Protestant – Catholic – Jew that secular thought was bankrupt led him to align himself with the burgeoning conservative movement. He joined the conservative journal National Review in 1961 as its religion editor.

At the moment when liberal Protestants and others left Judeo-Christianity behind, fearing the tri-faith model was too narrow to capture the world’s diversity, evangelical Protestants seized on the idea of Judeo-Christianity. As they came to slowly accept the legitimacy of Jewish and Catholic faith, Judeo-Christianity became a way to withhold legitimacy from others. Abandoning their earlier commitment to a ‘Christian Nation’, evangelicals now accepted Catholics and Jews as important allies in the fight against abortion, feminism and gay rights.

In its very brief history, the concept of Judeo-Christianity has taken on several meanings. Originally it denoted a cultural and theological pluralism, meant to unite Americans against Nazism. For this reason, it was widely celebrated by liberal advocates, many of whom ignored Judeo-Christianity’s anti-secular implications, and gave little thought to their relation with Islam and other world religions. Once the implications became clear, many liberals abandoned the term.

Today, the religiously unaffiliated make up about a quarter of the US population and Muslim Americans are becoming an increasingly visible and vocal community. The notion that the US is a nation bound together by civic principles enjoys a more distinguished history than the recently coined idea of the Judeo-Christian nation. It is also obvious that the US is more than a nation of many faiths. No wonder, then, that today Judeo-Christianity has few defenders apart from members of the Christian right, who use it to undermine the legitimacy of Muslims and the rapidly growing body of religiously unaffiliated Americans. The short career of Judeo-Christianity has already lasted too long.