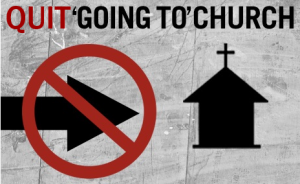 By Hemley Gonzalez
Separation of Church and State

Thousands of people have cancelled their membership of Denmark’s state Church following a campaign by atheists.

Nearly 3,000 baptised cancelled their membership last month after Denmark’s Atheist Society, Ateistisk Selskab, launched a nationwide campaign advising people they could save money by opting out.

The Evangelical Lutheran Church of Denmark is among several Churches in Europe subsidised by a Church tax. Although the tax is voluntary in Denmark, at a rate of around one per cent, Church members are automatically signed up and have to opt out rather than opt in.

Nearly eight in 10 Danish people are members of the Church of Denmark, known as “the People’s Church”. The Church is both Protestant and episcopally-led. Everyone who is baptised automatically becomes a member. Just 2.4 per cent of members attend every week.

The monarch is supreme authorithy of the Church and has to be a member, although not the monarch’s spouse. However, Mary Donaldson converted from Presbyterianism when she married Crown Prince Frederik in 2004.
Advertisement

Atheist Society spokesman Anders Stjernholm told Kristeligt Dagblad: “We are very pleased with the preliminary results. While our bus campaign calls for a broad debate about the foundations of faith, the withdrawal campaign targets the many Danes who have long considered leaving folkekirken, but have been putting it off because the process is too cumbersome.”

One vicar, Lena Kjems, who lost 14 members, said: “We can see that in most cases these are young men aged 18-25, and so we, as a city parish with many students, have been hit especially hard.”

Stephen Evans of the UK’s National Secular Society told Christian Today: “It’s not at all surprising that Danish citizens are cancelling their church membership. Nobody should be auto-enrolled into a religion, particularly when it comes with the imposition of a church tax to fund an institution that you may not support.

“In secular democracies churches have to learn to stand on their own feet and not rely on unwilling citizens or the state for financial support. That goes as much for the Church of England here as it does the Evangelical Lutheran Church in Denmark.”