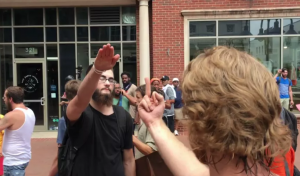 The American midterm elections may be the most divisive in history, as both sides play the victim – but it’s the power of the Supreme Court that raises more questions.

By Dr. Tim Lynch
Professor of Social and Political Sciences
The University of Melbourne

A spectre is haunting America – the spectre of tribalism.

Next month, Donald Trump will face his first national electoral test since becoming president. It could possibly be the most tribal in US history.

Republicans and Democrats are increasingly sorting themselves by race and gender. Each party sees electoral advantage in asserting the fragility of their client groups.

‘We are more oppressed than you!’ has become a rallying cry for both sides.

The most powerful nation on earth has a politics where power derives from touting one’s powerlessness. It has a president who postures on his victimhood – subjected to repeated ‘witch-hunts’ – and an opposition movement which craves protection from this victim-in-chief.

These dynamics will play out, and almost certainly get worse, in and after the 6 November midterm elections.

In 1994, according to the non-partisan Pew Research Center, only about 20 per cent of Democrats and Republicans viewed each other ‘very unfavourably.’ In 2017, nearly 60 per cent did.

More than 40 per cent of each party sees the other ‘as a threat to the nation’s well-being.’ That means about 70 million Americans – about 1 in 4 – ‘hate’ the other side.

These negative feelings are based largely on caricatures but are no less operative because of this. Mobilising even a misplaced hatred has become an electoral strategy.

Every member of the House of Representatives (435 of them) and a third of the Senate (33 out of 100) is standing for election. Thirty-six (of the 50) states will elect governors. Several thousand state and local officials are also standing across the country.

This happens every two years and includes a presidential contest every four. 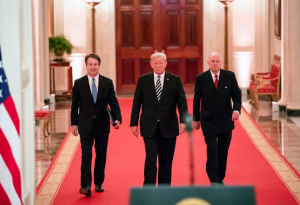 If Democrats win back the House (to do this they need to win an additional 23 districts to achieve a majority, which seems likely but not certain) they can make life even more difficult for President Trump. They will subpoena witnesses to appear in front of their committees and otherwise make Congress a bastion of negation.

But unless he commits (or has already committed) a clearly criminal or treasonous act, there will still be enough Republicans to make impeachment impossible.

The House could put him on trial but 67 of the 100 senators (or two thirds) would be needed to convict him and Democrats have no chance of achieving this majority.

Indeed, given the states holding senatorial elections (which are leaning Republican), Democrats may well find themselves with less than the 49 they currently have. Democrat gains in either chamber will make DC politics even more of a blood sport – without the prospect of a quick kill.

The United States has, of course, experienced polarisation before.

The 1960s, when the personal became political and Vietnam rent the fabric of American civil society, began the tribalism we see today. But the Civil War in the 1860s set the benchmark. In the first half of that decade, over 600,000 Americans died, largely at the hands other Americans.

Then, as now, the conflict was over competing rights-claims – ‘our group has rights that trump yours.’ Then, as not now, the US Constitution was amended to reflect the winners of that contest.

But a sort of inverted nostalgia – ‘we might be bad now but nothing like back then’ – should not paper over the cracks of the challenge facing the world’s most powerful democracy, and which the midterms will again deepen rather than resolve. 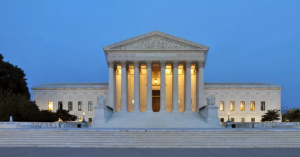 The vexing rights issues that are making US politics so tribal won’t be decided by elections but by the Supreme Court. Picture: US Supreme Court building in Washington D.C. Joe Ravi/Wikimedia Commons

First, is the problem of tribalism.

A political system founded on the basis of individual rights is increasingly dominated by a clash of competing groups’ rights. The nation’s two political parties base their appeal on how far they can advance group issues and ameliorate (or stoke) group grievances.

Trump Republicans posture on the victimisation (by the forces of globalisation and mass immigration and so forth) of ‘traditional’ constituencies (white, lower-middle class males especially).

Anti-Trump Democrats, similarly, prosper by denouncing the ‘white, male privilege’ that gave these Trump voters unfair advantage in the dark past.

Finding a common ground within these identity politics is extraordinarily difficult. Each party sees votes in perpetuating the tribal vulnerabilities of its base.

Democrats want women to feel scared that all men are their potential abusers. Republicans need men to feel that these women are out to get them. The hearings into the nomination of now-Supreme Court Justice Brett Kavanaugh were a proxy battle within this nasty electoral war.

The second issue that the midterms will compound is the supremacy of judicial politics.

The Kavanaugh hearings were intense because the stakes were so high: getting a majority on the US Supreme Court is seen as the most reliable way to advance ideological and identity objectives that the elected branches are unable to resolve.

The most vexing rights-claims – from gay marriage to abortion – get decided, not in Congress, by those nine unelected judges. Kavanaugh potentially gives Trump five votes and the opportunity to roll back left-wing gains on issues like affirmative action, transgender rights, and healthcare.

Midterm voting will not make much difference to these issues, Supreme Court voting will.

Expect the midterms to be about as nasty as any since the end of the Cold War – handing power, ironically, to the branch of government most immune to their results, the Supreme Court.

Originally published by the University of Melbourne, republished for educational, non-commercial purposes.