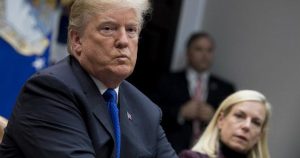 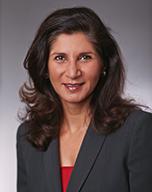 Just as the Senate Judiciary Committee was getting ready to conduct an oversight hearing today with newly appointed Department of Homeland Security (DHS) Secretary Kirstjen Nielsen, her department, along with the Justice Department (DOJ) released a misleading report aimed at stoking anti-immigrant sentiment. The headline of a press release trumpeting the report stated: “Three Out of Four Individuals Convicted of International Terrorism and Terrorism-Related Offenses were Foreign Born.” The obvious goal of the report, which was issued pursuant to the president’s infamous Muslim ban executive orders, is to gin up fears of foreigners, especially Muslims, and to support Trump’s xenophobic immigration agenda. As has previously been noted, publishing lists of crimes allegedly committed by a particular category of people – such as Jews or communists – is a tried and true means of painting them as a threat.

Context is, of course, key. As Shirin Sinnar argued in an earlier Just Security post, any list of terrorism cases that excludes domestic terrorism (such as Dylann Roof’s shooting spree at an African-American church in Charleston, South Carolina) is fundamentally misleading: “If you exclude all convictions for ‘domestic terrorism’ at the outset, how can you draw any overall conclusions on the citizenship status or national origin of those convicted of terrorism?” Indeed, according to an April 2017 Government Accountability Office report, “far right wing extremist groups” had perpetrated 73 percent of deadly attacks in the U.S. Similarly, while 549 convictions for terrorism and terrorism-related charges may sound like a lot by itself, it is worth recalling that this is the total number over 15 years. In other words, there were 35.6 on average per year. And even by the Trump administration’s own count, only 26.8 were foreign or foreign-born. These numbers are minuscule compared to the overall amount of crime in the United States, where the number of murders per year remains above 15,000, even in our relatively secure times. Similarly, the report claims that 1,716 aliens have been removed from the U.S. due to “national security concerns.” This is even less than the proverbial drop in the bucket compared to the 15 million-plus people who have been deported from 2001 through 2016.

Another manifestation of the nativism that rules this administration is the insistence on distinguishing not just between citizens and non-citizens, but also between Americans who were born here and those of us who were naturalized. In addition to highlighting the number of naturalized citizens that it claims were involved in terrorism, the DHS-DOJ report notes that it was unable to verify the “citizenship status of the parents” of the U.S. citizens on the list. It seems that investigating ancestry is now central to counterterrorism and immigration policy – the only question is how many generations back the administration will dig to prove its claim that immigration poses a national security threat. The move reminds me of Trump’s insistence that the Indiana-born federal judge overseeing a lawsuit against Trump University was a biased “Mexican.”

The examples picked to be showcased in the report are clearly intended to further the president’s particular policy agenda. All of the examples cited are Muslim, of course, but they do not seem to have been selected on the basis of the threat posed to people in the U.S., or even the severity of the conduct. Not one of the examples included was born an American. Instead, they tick other boxes. Five out of the eight came to the U.S. through relationships with family members, or as the administration likes to call it: “chain migration.” Over the same period, almost 11 million people migrated to the U.S. under this type of preference. One of the examples listed came to the U.S. through the diversity lottery and another was the child of someone who won the diversity lottery. That’s out of almost 750,000 people who came here through the program. They even found one refugee – literally one out of a million — who came to the U.S. between 2001 and 2016. The threat posed by these people is obviously insignificant. The intent to highlight examples that fit with the Trump administration’s immigration priorities is equally obvious.

While the intent behind the report is clear, the numbers it relies on are either deliberately inflated or unverifiable. To begin with, the report doesn’t distinguish between individuals who voluntarily moved to the U.S. and those who were extradited here specifically to be prosecuted and who clearly cannot be categorized as “immigrants.”

The report’s analysis claims to be based on a list maintained by DOJ’s National Security Division, which identifies 549 individuals convicted of “international terrorism-related charges” in federal courts between Sept. 11, 2001 and Dec. 31, 2016. It closely tracks with a 2016 analysis led by Attorney General Jeff Sessions when he was a senator. The problem is that like the Sessions analysis, today’s report by DHS and DOJ lumps together terrorism convictions and the undefined category of “terrorism-related charges.” While the DOJ list cited by the new report has not been made public, the list published just a year earlier provides a good proxy for understanding the flaws contained within the current analysis. The 2015 list included 627 individuals, approximately half of whom were convicted for “terrorism-related” offenses. These were individuals who prosecutors thought might have a connection to terrorism, but were never even charged with a terrorism offense. While it is impossible to say whether some of these might properly be counted as terrorism, there is reason to distrust this number: In 2013, the DOJ Inspector General found that the Justice Department was significantly overstating its “terrorism-related” convictions.

Nevertheless, the Trump administration seems determined to send the message that people coming to the U.S., especially from Muslim countries, are determined to carry out terrorist attacks and harm Americans. However, earlier DOJ numbers show that a total of 40 convictions (or less than three per year) were related to planned terrorist attacks on the U.S. Typically, a large majority of terrorism charges are for material support. According to a study by Fordham University’s Center on National Security, almost 70 percent of all ISIS-related convictions from May 2014 to June 2016 were for material support. Material support can include conduct such as traveling abroad to join a terrorist group, but it can also be as limited as sending a few hundred dollars to someone overseas or even translating a document. Finally, many – by some counts close to half – of terrorism prosecutions involve FBI sting operations, which are often criticized for ensnaring individuals with no connection to terrorist groups or capacity for carrying out violence.

There is far more to say about today’s report, including its obviously biased treatment of violence against women, as well as the suggestion that the government’s many and varied watch lists actually bear a real relationship to the threat of terrorism. But it’s clear that this report has but one purpose: to buttress weak and xenophobic arguments for a restrictive immigration policy.