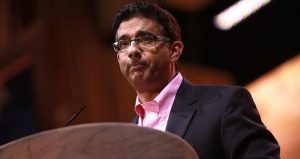 The man who as a candidate railed against our “rigged system” is, as president, only too happy to do a little rigging himself. 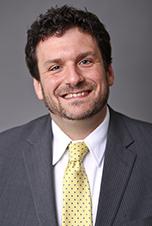 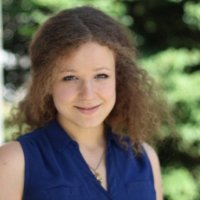 On Thursday, President Donald Trump announced via Twitter (of course) that he would grant a “full pardon” to conservative commentator Dinesh D’Souza. D’Souza was sentenced to five years of probation for willfully violating federal campaign finance law in 2014 and was, in the president’s view, “very badly treated by our government.”

Yet again, the man who as a candidate railed against our “rigged system” is, as president, only too happy to do a little rigging himself. The result ― one set of rules for favored insiders, and another for everyone else ― is exactly what many conservative critics of campaign finance law claim to hate about our system.

D’Souza made a name for himself in the 1980s as a right-wing provocateur and enfant terrible ― a Gen-X precursor to Milo Yiannopoulos who has more recently devoted himself to blaming “the cultural left” for 9/11 and leveling especially spiteful attacks at Barack Obama.

In 2014 he was indicted for making “straw contributions” to a Republican U.S. Senate candidate in New York. A straw contribution is where a donor who has reached his own contribution cap, or who does not want to be named, directs others to contribute to a candidate with the promise to reimburse them. It is one of the most commonly prosecutedcampaign finance violations in our country. And as with all campaign violations, a criminal conviction requires that the violation be “knowing and willful.”

That standard was easily met here. In fact, D’Souza admitted in open court that he knew what he was doing was illegal. His main defense was a version of “everybody does it,” which was his basis for arguing that he had been selectively prosecuted by the Obama administration to serve a political vendetta.

There is, to put it simply, no evidence to support this claim. D’Souza has never provided a shred of proof that any Obama administration official improperly interfered in his case. In fact, the U.S. Attorney who brought the case, Preet Bharara, was renowned for going after prominent Democratic officeholders and donors.

It’s true, as D’Souza and his defenders like to point out, that most campaign finance violations don’t result in criminal charges. Lately, they have fixated on the entertainer and Trump nemesis Rosie O’Donnell, who has admitted to inadvertently making excessive contributions to Democrats. O’Donnell says she thought she could rely on candidates to refund the excessive amounts (as indeed they must). That was sloppy and arguably irresponsible. Still, her behavior was a far cry from D’Souza’s conscious scheme to evade the law ― which he tried to cover up by, among other things, lying to the candidate who received his illegal funds.

In short, as the presiding judge at D’Souza’s sentencing put it, “the defendant’s claim of selective prosecution, legally speaking, is ’all hat, no cattle.’”

At the end of the day, of course, it is hard to argue that D’Souza’s illegal contributions made much of a difference; his candidate lost in a landslide. As a matter of fact, most straw donor cases involve sums of money that are miniscule compared to what mega-donors are allowed to give to super PACs working hand-in-glove with candidates. Blame for that rests squarely with the Supreme Court, Congress and the Federal Election Commission.

But the president’s decision to excuse blatant lawlessness certainly doesn’t help. It is almost surreal to remember that he railed against our “broken system” of big money politics when he was running. Many took Trump’s insistence that the “system is rigged” to refer to well-heeled elites in both parties bending the law to manipulate the political process to their advantage. And now he is signaling to his supporters that if they break the law, he will gladly help them to evade the consequences. Coupled with his administration’s willingness to do the bidding of Republican mega-donors on everything from health care to foreign policy, it is hard to see how this is anyone’s idea of what it means to “drain the swamp.”

Whatever else you think of their positions, conservative critics of post-Watergate campaign finance regulations are right that too often the system favors insiders who know how to work the levers of power while coming down hard on the bit players. The president’s move to pardon D’Souza is a perfect illustration of that dynamic. The rule of law means we all follow the same rules and suffer consequences for breaking them – regardless of our connections or political party. Even those sympathetic to D’Souza, and the president should keep that in mind.