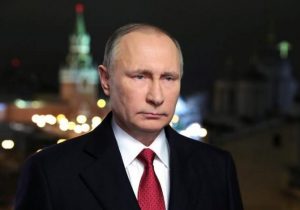 “We further assess Putin and the Russian Government developed a clear preference for President-elect Trump,” the report said.

“We also assess Putin and the Russian Government aspired to help President-elect Trump’s election chances when possible by discrediting Secretary Clinton and publicly contrasting her unfavorably to him,” it said.