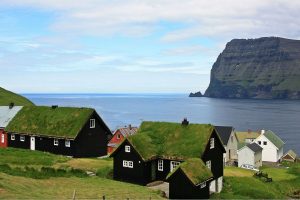 The Faroe Islands could have been inhabited 500 years earlier than was previously thought. 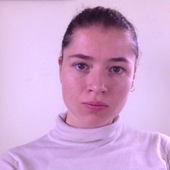 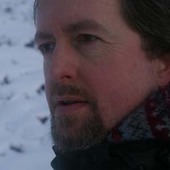 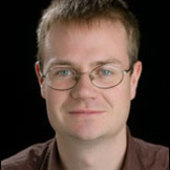 The Faroe Islands could have been inhabited 500 years earlier than was previously thought, according to a startling archaeological discovery.

The islands had been thought to be originally colonised by the Vikings in the 9th century AD. However, dating of peat ash and barley grains has revealed that humans had actually settled there somewhere between the 4th and 6th centuries AD.

The Faroes were the first stepping stone beyond Shetland for the dispersal of European people across the North Atlantic. The findings therefore allow speculation as to whether Iceland, Greenland, and even North America were colonised earlier than previously thought. 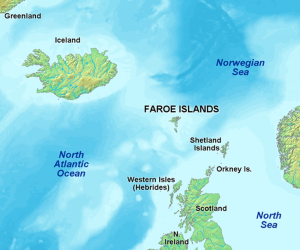 Mike Church from the University of Durham said he and his research partner, Símun V Arge from the National Museum of the Faroe Islands, had not expected to find such evidence.

“Símun and myself sampled the site in 2006 to take scientific samples for environmental archaeological analysis from the medieval Viking settlement,” he said.

“We uncovered some burnt peat ash containing barley grains under the Viking longhouse. It was not until we had it dated that we realised what we had found.”

It was a common practise across the North Atlantic for peat to be burnt for warmth, before being spread on fields and grasslands to improve soil stability and fertility. Barley is not indigenous to the Faroes and so must have been either grown or brought to the islands by humans. Their findings are therefore conclusive evidence that the Faroes were colonised in pre-Viking times. 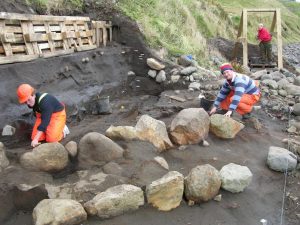 Archaeologists revealing the wall of a Viking longhouse. University of Durham

Andrew Jennings, a Nordic historian at the University of the Highlands and Islands, said the theory of pre-Viking settlement was not new. “Christian Matras, for example, was convinced there were pre-Viking settlers in the 1950’s. He believed there were old field systems that didn’t seem to tie into later settlements. But he had no evidence.”

It is unknown, as yet, whether these mysterious settlers hailed from the British Isles or Scandinavia.

“There is evidence of Irish hermits sailing into the North Atlantic islands in a passage by an Irish Monk called Dicuil in 825AD,” Church said.

The passage from Dicuil’s geographical book describes islands that don’t turn up in any other writing of the time:

Many other islands lie in the northerly British Ocean. One reaches them from the northerly islands of Britain, by sailing directly for two days and two nights with a full sail in a favourable wind the whole time … Most of these islands are small, they are separated by narrow channels, and for nearly a hundred years hermits lived there, coming from our land, Ireland, by boat.

Jennings described how the identification of the Faroes in the text was a subject of debate. “However, it now seems pretty conclusive that Dicuil was referring to the Faroes.”

However, Church stressed that their findings are not necessarily tied to these voyaging Irish monks. “Our findings indicate even earlier colonisation, and more research is needed before any conclusions as to the origin of these settlers can be drawn. We would need to find evidence of the type of settlement to compare to those we know about in that period before forming any opinions on this matter.” 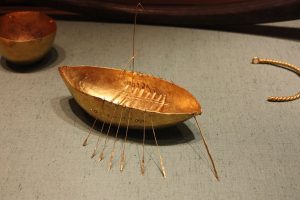 The uncovering of this further evidence, however, may be a way off. The evidence is “very ephemeral, and very hard to find,” said Church. This means that future research in the area will be time-consuming and difficult. There are only a few places that allow settlement in the Faroe Islands and when the Vikings did settle there, they destroyed any structural evidence that there may have been.

Despite this, Jennings is confident that the settlers derived from the British Isles. “I personally would think that any pre-Viking settlers in the Faroes would have come from the Hebrides or Shetland rather than Norway,” he said.

“The civilisation in Shetland at the time was Pictish, and had boats. There is also good evidence that they had sails: there is a model boat from Ireland that dates from about 100 BC that has a mast, which could be a model for Celtic boats more generally.”

“There is not so much evidence of sails in Norway until as late as 700 AD. It is therefore more likely that these early Faroese settlers came from the British Isles.”