Violeta Chamorro President of Nicaragua meets with former President Bush in the Oval Office at the White House in 1992. AP Photo/J. Scott Applewhite 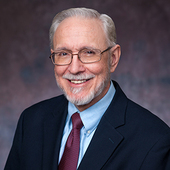 “It’s our sovereign right to be able to conduct our elections unfettered. Period.”

Biden spoke for many Americans who are indignant over the mounting evidence of a multifaceted effort by the Kremlin to sow discord among Americans and tilt the election in favor of Donald Trump.

There is some irony to this. The United States has been covertly interfering in other nations’ politics – including elections – for at least three-quarters of a century. It still does today. Latin America, the focus of my own research, has been a frequent target.

Rather then using Facebook and Twitter to create make-believe organizations, the CIA organized front groups. Rather than creating bots to spread fake news, the CIA bribed foreign journalists, financed foreign newspapers and set up false flag radio stations. The disruptive goals of information warfare have not changed over the decades, only the technology has.

Here are just a few of the most notorious examples of U.S. election meddling.

The origins of Washington’s political warfare – known then as psychological operations, or psy-ops – trace back to the beginning of the Cold War.

The U.S. feared that Western European Communist parties would ascend to power by winning elections. One of the very first covert actions by the CIA’s new operational wing, directed by Frank Wisner, was a concerted effort to prevent the Italian Communist Party from winning the 1948 election. Washington funneled several million dollars to the conservative, pro-American Christian Democrats.

Former CIA officer F. Mark Wyatt explained, “We had bags of money that we delivered to selected politicians, to defray their expenses, their campaign expenses, for posters, for pamphlets, what have you.”

Whether the CIA’s support made the difference or not, Washington interpreted the Christian Democrats’ victory as a huge success. The agency used it as proof of concept for a model of political manipulation that the CIA continued to employ in Italy for the next several decades and replicated around the world.

Wisner built a network of foreign journalists, newspapers and magazines known officially as the Propaganda Assets Inventory. Wisner liked to call it his “Mighty Wurlitzer,” after Wurlitzer-brand organs. It was a propaganda instrument so powerful, it could play any tune to audiences worldwide.

The CIA sought to replicate its Italian success in Chile. In the 1960s, Chile, like Italy, had formidable socialist and communist parties contending for electoral power. The CIA began funding Chile’s Christian Democrats in 1962, helping them win a narrow victory over socialist Salvador Allende in 1964.

In 1970, a socialist-communist coalition led by Allende won the presidential election. The United States escalated its covert support for the opposition, including the far right, encouraging political polarization and violence. This set the stage for Chile’s 1973 military coup in which Allende died. A linchpin of the CIA’s political war against Allende was Chile’s main newspaper, El Mercurio, which attacked Allende’s government without respite, spreading disinformation.

A decade later, the CIA enlisted La Prensa, Nicaragua’s main newspaper, to play a similar role in a covert war to overthrow the Sandinista leftist government. As in Chile, the CIA funneled funds to a wide variety of opposition political parties, private sector groups and voluntary organizations – not to mention creating a counterrevolutionary paramilitary army, the “contras,” in neighboring Honduras. The Reagan administration’s funding of the contras in defiance of a congressional ban led to the Iran-contra scandal.

In 1990, the CIA brokered an agreement among the Sandinistas’ disparate opponents to support Violeta Chamorro of the National Opposition Unity party for president. The CIA funded her successful campaign.

In neighboring El Salvador, politics had also become polarized between the far right and revolutionary left. U.S. financial backing was indispensable in keeping the Christian Democratic Party viable throughout the 1980s. Its leader, Jose Napoleon Duarte, was a paid CIA informant. The agency helped fund his unsuccessful 1982 election campaign for provisional president, to be selected by a new Constituent Assembly. He was defeated by the notorious death squad organizer and far right leader Roberto D’Aubuisson. However, the U.S. Embassy deprived D’Aubuisson of the presidency by threatening to cut military aid if the armed forces allowed him to take office. The military then installed a president of their own choosing, Alvaro Magana. Duarte ran again in 1984, with the CIA’s support, and won.

Since the Cold War era, Washington has adapted its approach for the digital age. For example, in 2014, the Associated Press reported that the United States had created two social networking apps, ZunZuneo and Piramideo, which it distributed to Cubans free of charge in order to create a channel for distributing anti-government mesages.

The cases in which the CIA’s money and propaganda, what today people often refer to as “fake news,” successfully tipped the electoral scales all have one thing in common: The CIA was able to find eager partners among local elites. These elites were willing to collude with a foreign power in order to gain the upper hand over domestic opponents.

Polarization in the target countries was so intense that people could rationalize behavior that might otherwise be regarded as treasonous. They saw it as a lesser evil than allowing their opponents to prevail.

Sound familiar? Now, the United States has become the target country, with our elections under attack. Facebook and Twitter are scrambling to control the proliferation of Russian bots and fake news. But I believe it is the polarization of American politics that has created an environment in which people believe the most fantastic lies demonizing their fellow Americans. This has made the U.S. vulnerable to the techniques of foreign manipulation that the U.S. so often inflicted on others.