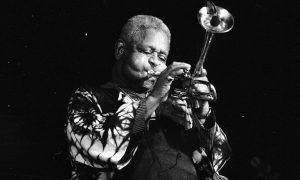 The Chinese philosopher Han Fei Zi (c280-233 BCE) had a deep influence on the development of Chinese bureaucracy, because he proposed that decision-making be taken out of the hands of individuals (with their unreliable intuitions and methods) and placed within a set of rules (simple, impartial and inflexible). This is the principle of xingming: a ruler can best rely on officials who follow his rules, not their own impulses.

Han Fei Zi tells a revealing story of Lord Zhao, who had a cadre of personal and professional servants, including a cap valet and a separate cloak valet. One day, while the lord was out on an expedition, he became drunk and fell asleep. The Valet of Caps, seeing that the lord was cold, placed the cloak over him to keep him warm. When the lord awoke, he was pleased to find the cloak on him and asked who put it on. The Valet of Caps proudly stepped forward to take credit, but when the lord heard this, he punished both the Valet of Caps and the Valet of Cloaks. The lesson: never do another person’s job. Rather than use your own judgment to solve a problem, just conform to the system’s division of labour.

Moving decision-making away from people and putting it in stable institutions is a successful strategy for large, complex and expansionary societies, which are increasingly made up of strangers. On the other hand, bureaucracy is soul-crushing and alienating in its inflexibility and inhumanity. What is more, it exacts a psychological price.

In their book Engineers of Jihad: The Curious Connection Between Violent Extremism and Education (2016), the social scientists Diego Gambetta and Steffen Hertog characterise the rule-following mindset as thin-skinned and inflexible. Rule-followers are easily bruised, when expectations are not met, and uncomfortable with ambiguity: seeking ‘cognitive closure’ wherever possible. They tend to accept prevailing hierarchies of power and thrive within predetermined institutional structures. Interestingly, the rule-follower also shows high degrees of psychological disgust when encountering unfamiliar experiences or norms.

Yet life is intrinsically changing, moving, disappointing and positively surprising. Meeting life with unbending expectations is a recipe for disaster. Those who expect the world to conform to their preset calculations and predictions are destined to be frustrated. They are uncomfortable with spontaneity, and rail against deviations.

Another important Chinese philosopher, Laozi (5th century BCE), promoted fluid and improvisational thinking to bring the sensitive person in line with the Dao (the Way of Nature). According to Laozi, it is by being receptive to immediate experience (wu-wei) that the wise person adapts perfectly to the unique needs of the situation. Perhaps the Valet of Caps was an under-appreciated Daoist in a court of Han Fei Zi bureaucrats.

Given what we know about rigid and doctrinaire thinking, the Daoist approach sounds pretty appealing. Our bohemian tendencies assume that improvisation is the antidote to rigid thinking. But improvisation isn’t foolproof either. We live in an age of chaotic political improvisation, which is hardly reassuring at a global scale. So if we want to overcome the rigidity of the bureaucrat, how do make sure our improvisations don’t go sour?

Many of us have had the excruciating experience of watching bad jazz players struggle to articulate a solo, or uncreative comedians writhe painfully on stage, or public speakers go off-script and crash magnificently on the rocks. Some of us have been those jazz musicians and public speakers. And it reminds us that, while ad-libbing can produce novel solutions and genius expressions, sometimes it flounders horribly and does damage instead.

Anyone who has played improvisational music with others is familiar with the virtuoso who has great skill and expertise but bad social sensitivity. In performance, he tears into melodic acrobatics, but never listens enough to know when to stop, or hand it over to another player, or modify and adapt to the aural environment. His narcissism undoes his own musicality. And it can go the other way too, since the overly shy improviser never gets courage enough to assert his musical ideas. A psychological balance of humility and hubris facilitate good improvisation, not just in music but in art, science and business.

Sometimes, the problem is a kind of domain overreach. The great physicist, for example, is not automatically qualified to make good poetry. The great business-person is not inevitably effective in the domain of government. And yet, sometimes, overreach is exactly what is needed. One is reminded of George Bernard Shaw’s quip that ‘All progress depends on the unreasonable man.’ Perhaps good improvisation is discernible only in hindsight; we know it’s good because it worked.

However, this cannot be entirely correct. Often, we do know good improvisation when we see it in action. Watching a football game, you can tell when a player or team is making smart adaptive moves – responsive to the immediate conditions – even when some bad luck or last-minute mistake derails an otherwise skilful trajectory. Even when they lose, we can still see good improv in process. It’s just that there is also bad luck and, sometimes, even better improvisers on the other side. And we can similarly recognise good musical and medical improvisation while it’s happening.

The bad improviser makes moves that are maladaptive. And the single greatest predictor of quality improv is simply experience. But there’s nothing simple about experience. A great jazz improviser such as Miles Davis had thousands of hours of practice and problem-solving underneath every one of his improvisational flights. This kind of experience makes good improv highly intuitive in a biological sense, not a mystical sense. It taps into the subtle systems of animal awareness, mostly unconscious, that we all possess, such as body-awareness (proprioception), personal space (proxemics), and arousal states such as fight or flight. Muscle memory is loaded with this kind of intuitive wisdom.

Improv is also highly adaptive because it seeks to fit (adapt) to an environment, to fit a structure to a function, a part to a whole. Primates and other mammals improvise occasionally (eg, piling boxes to reach food, etc), but humans are masters of repurposing materials to new functions – turning reading-glasses into fire starters, dental-floss into fishing line, and duct tape into everything else. We are the improvising apes.

This kind of decision-making is particularly valuable in situations of resource deficiency. The perfectly provisioned kitchen or tool shed has an implement for every task. But the improviser does not have such optimal resources. And this paucity of resources is the very condition of creativity because it forces a kind of lateral thinking. Think of the army surgeon in the field performing a procedure under very difficult conditions: the resources are poor, but with sufficient experience, these can induce improvisational creativity in medicine as much as in kitchen tinkering.

Improvisation is rule-governed in some cases, but moderately so. It is a flexible practice that sees rules as elastic. Improv is serviceable rather than optimal. If I’m playing with a pianist who plays an A-minor chord, then I can play a solo in a pentatonic scale for a bluesy flavour, and I can throw in a Dorian modal phrase for darker shades, and a natural minor for Aeolian mode. But I cannot do much with a Db note (unless I’m deliberately flaunting the rules for dissonant purposes). The point is that improvisational manoeuvres already exist within a system of received conventions, and only experience can help you decide to respect or ignore them.

Failing is a major aspect of improvisation. Failure is the thing we learn from, so it’s the cornerstone of productive experience. Aristotle described improvisational decision-making as ‘practical reason’, distinct from rule-following logic. He says that young people can become experts in geometry, maths and similar branches of knowledge, but we don’t usually consider a young person to have good improvisational skills. ‘The reason is that [practical reason] includes a knowledge of particular facts, and this is derived from experience, which a young person does not possess; for experience is the fruit of years.’ I think we’ve all known enough young talent to doubt his generalisation about age, but his wider point about experience is correct. And there’s something especially impressive about the deeply experienced improviser, whether conducting a symphony, performing surgery or teaching in a kindergarten.

Ultimately, improvising is a form of receptivity to experience, and also a behavioural style based upon that experience. It evolved as part of our cognitive operating system to make good use of available resources. It is a fundamental inheritance, emerging out of our primate evolution. But the narcissistic improviser and the inexperienced improviser – so popular these days in politics and celebrity culture – leaps tragically into delicate situations with no plans, practice, tact or ability to read the room. That is an improvising ape of an altogether different kind.