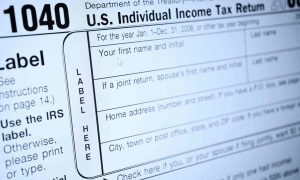 The alternative for taxpayers who do not submit a clear drug test from a sample no more than three months old would be to take the much lower standard deduction. Photograph: Alamy Stock Photo

Wisconsin’s governor, Scott Walker, really, really wants to know if needy residents of his state use recreational drugs. He’s already put into effect legislation forcing applicants for Temporary Assistance for Needy Families (Tanf), commonly known as welfare, to answer questions about their potential drug use and submit to testing if their answers provide a reasonable suspicion that they might use controlled substances. He’s suing the federal government for the right to test Wisconsin participants in the Supplemental Nutrition Assistance Program (Snap), better known as food stamps, for the same reason. And in May, he issued new administrative rules to implement drug testing for some people seeking unemployment benefits in the state.

His is not a unique interest: Governor Rick Scott of Florida, for instance, spent four years and $1.5m taxpayer dollars fighting for the right to test all his state’s Tanf recipients; and Alabama congressman Robert Aderholt has proposed legislation to overturn the law that prevents the testing of Snap recipients.

Milwaukee congresswoman Gwen Moore, though, is “sick and tired, and sick and tired of being sick and tired, of the criminalization of poverty” she said in an interview on Wednesday. And, she added: “We’re not going to get rid of the federal deficit by cutting poor people off Snap. But if we are going to drug-test people to reduce the deficit, let’s start on the other end of the income spectrum.”

Moore plans to introduce a bill on Thursday that she thinks will even the playing field or, at least, “engage the wealthy in a conversation about what fair tax policy looks like”. The bill, called the Top 1% Accountability Act, would force taxpayers with itemized deductions of more than $150,000 – which, according to 2011 tax data compiled by the IRS, would only be households with a yearly federal adjusted gross income of more than $1m – to submit to the IRS a clear drug test from a sample no more than three months old, or take the much lower standard deduction when filing their taxes. (In 2016, for comparison, the standard deduction for single people or married people filing separately is $6,300.)

Moore said she was inspired by fellow Wisconsinite Paul Ryan, the current House speaker, to introduce the bill. “When he stood in front of a drug treatment center and rolled out his anti-poverty initiative, pushing this narrative that poor people are drug addicts, that was the last straw,” she said, referring to a speech that Ryan made last week.