With our attention diverted, we’re no longer in the moment. ‘Concert’ via www.shutterstock.com

At a conference on June 14, Facebook’s head of operations in Europe, the Middle East and Africa, Nicola Mendelsohn, predicted that the social networking site would be “all video” within five years.

Meanwhile, a recent article in The New York Times chronicled the lives of a group of young socialites – the “Snap Pack” – who plan their nights around snapping photos that can be shared with their followers. The reporter explained:

For them, taking photos and videos from Instagram and Snapchat is not a way to memorialize a night out. It’s the night’s main event.

These two stories each arrive at the same conclusion: Images are taking over.

Increasingly, images have become a crucial part of communicating with others, receiving affirmation and documenting new experiences. And though it may seem that a barrage of colors and pixels and faces and scenery could only enrich our imaginations and enhance our engagement with the world, the opposite seems to be taking place.

In her article “Instagram is Ruining Vacation,” journalist Mary Pilon described how, when visiting a temple in Cambodia, a sea of tourists became so preoccupied with capturing the perfect, shareable picture that, ironically, “no one was really present.”

Indeed, the compulsive urge to immediately, electronically exhibit one’s self is a phenomenon made uniquely possible by our digital age. Yes, there are benefits to being able to share more images with a greater audience. But the impulse to incessantly document and post has taken precedent over simple focus and direct human connection.

While it can be difficult to neatly measure this shift, researchers across a variety of disciplines are beginning to see and understand its consequences.

Life in a self-reflective bubble

As psychologist Sherry Turkle writes in “Alone Together,” “Life in a media bubble has come to seem natural” in the 21st century.

With the aid of our phones and computers, no matter where we are or who we may be near, we are constantly connected to and interacting with others. But taking photographs and creating videos have become a central part of this digital exchange.

When we share photographs, we hope others will validate the facets of our identities that we embedded in those images. Knowing others can see the picture gives it more emotional power. Feedback from others makes it feel more real.

In pursuit of digital affirmation, even ordinary experiences become fodder for photographs.

Instead of staying present – being (and really observing) where we are – our impulse is to capitalize on all lived experiences as an opportunity to represent and express ourselves visually. Part of what’s troubling about this kind of tenacious documentation is the thin line between representation or expression and – as with the “Snap Pack” – the marketing or commodification of everyday life.

Personal photo collections, publicized through applications like Instagram and Facebook, risk primarily becoming a tool for self-promotion. The ability to constantly measure public feedback for each posted photograph enables, and may encourage, users to tweak visual representations of their own lives in an effort to simply maximize a positive response.

“Every narcissist needs a reflecting pool. Just as Narcissus gazed into the pool to admire his beauty, social networking sites, like Facebook, have become our modern-day pool,” wrote Tracy Alloway, a psychology professor at the University of North Florida.

In a 2014 study, she and her team examined the relationship between Facebook use and empathy. They found that, while there are elements of social media that strengthen social connections, the platform’s image-based features – the ability to share photos and videos – particularly feed our self-absorption. 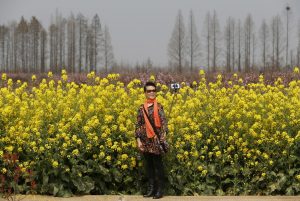 A woman uses a selfie stick in front of a field on the outskirts of Wuhan, China. Darley Shen/Reuters

But repeatedly pulling away from our real time experiences to take out our smart phones – and then frame, photograph, filter and post – has the adverse effect of interrupting focus. By focus I mean the ability not only to closely observe but also to concentrate, to pay extended attention.

In his book “The Shallows: What the Internet Is Doing to Our Brains,” technology writer Nicholas Carr reflects on neuroplasticity, which is the capacity for our neural circuits to change in response to stimuli. Specifically, he discusses the ways our minds have evolved in response to relentless engagement with digital technologies. About web browsing, he writes, “Frequent interruptions scatter our thoughts, weaken our memory and make us tense and anxious.” Similarly, repeated breaks to post images and track their reception threaten to fragment attention and increase anxiety.

As a result, we risk having other aspects of our surroundings and experiences slip away. While we may become better at multitasking, our ability to concentrate deeply over longer periods of time is weakened.

The mental functions that are losing the “survival of the busiest” brain cell battle are those that support calm, linear thought – the ones we use in traversing a lengthy narrative or an involved argument, the ones we draw on when we reflect on our experiences or contemplate an outward or inward phenomenon.

In other words, the kinds of attention that we’re constantly reinforcing through habitual photo-sharing seem to develop at the expense of those that we need to engage with, say, books. Sven Birkerts, author of “Changing the Subject: Art and Attention in the Internet Age,” links literature with focus, insisting that “Works of art are feats of concentration.”

“Imagination,” he continues, “is the instrument of concentration.” 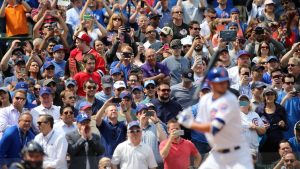 In a 2013 study hailed by novelists, researchers from the New School for Social Research reported a correlation between reading novels and increased empathy.

It’s likely that many teachers of literature (myself included) reacted with a shrug, since the study confirms what we’ve been saying all along. Literary works offer us the opportunity to imaginatively linger on (rather than simply glimpse or swiftly scroll through) others’ experiences of the world. But we can only seize on this opportunity if we’re able to pay attention – if we allow ourselves to slow down long enough to absorb what we observe.

While that particular study received some pushback, taking the time to engage with prose, poetry and even photography has certainly allowed my students and me to carefully investigate the contours of a range of experiences. It has also compelled us to concentrate with intention on how these experiences matter in relation to current events.

I think, for example, of poet Claudia Rankine’s highly acclaimed book “Citizen: An American Lyric,” which uses both images and text to dwell on the realities of contemporary American racism in its myriad forms – pushing readers to take stock of the inequalities that structure our present day.

“More and more,” notes Birkerts, “I believe that art – via imagination – is the necessary counter to our information-glut crisis.”

If we’re too busy snapping and promoting photographs, or if we’re too scattered because we’re perusing the photostreams of others, we’re unlikely to emerge from “life in a media bubble.”

We’ll miss what’s happening around us. And we won’t be able to give the world the empathy and attention it requires and deserves.