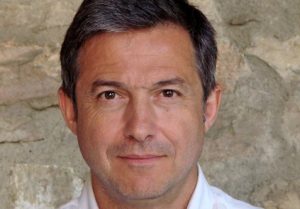 Based on the experience of researching and writing a book on urban policing in France and its reception by the media and various audiences, this essay discusses the challenges facing a public ethnography—distinguished from public sociology or anthropology. First, I differentiate two tasks (popularizing and politicizing) and multiple publics (imagined or encountered). Second, I plead for the exploration of understudied objects and terrains (black holes) and the attention to the ordinary as a way to transform the perspective on the world (critical potentialities). Third, I evoke the risks related to the appropriation of the work by the media (popular translation) and the loyalties toward the diverse and sometimes opposed subjects of the research (public debt). My conclusion underlines why rendering public the works of critical ethnography matters for contemporary societies. [Public ethnography, critical ethnography, audiences, media, policing].

Cultural Anthropology has published a number of essays that reflect on the uses and futures of ethnographic knowledge, including George Marcus’s “The End(s) of Ethnography: Social/Cultural Anthropology’s Signature Form of Producing Knowledge in Transition” (2008), Michael M. J. Fischer’s “Culture and Cultural Analysis as Experimental Systems” (2007), Charles Hale’s “Activist Research v. Cultural Critique: Indigenous Land Rights and the Contradictions of Politically Engaged Anthropology” (2006), and Allen Chun’s “From Text to Context: How Anthropology Makes Its Subject” (2000).

Didier Fassin is an anthropologist and sociologist who has conducted field studies in Senegal, Ecuador, South Africa, and France. Trained as a physician in internal medicine and public health, he dedicated his early research to medical anthropology, illuminating important dimensions of the AIDS epidemic, mortality disparities, and global health. More recently, he has developed a new field of research, critical moral anthropology, which explores the historical, social, and political signification of moral forms involved in everyday judgment and action as well as international humanitarianism or asylum granting. He is currently conducting an ethnography of several institutions that deal mostly with immigrants and minorities, namely police, justice, and prison, that analyzes the possible contribution of the social sciences to public debate regarding security, punishment, and inequality. For more on Professor Fassin’s work, visit his faculty page.

Darren Byler: What role, if any, did your social position play in the way you negotiated your role as an ethnographer of urban policing in France? Was the reception of your work shaped differently than previous projects due to the way you, as a cultural and national citizen, were related to your object of study?

Didier Fassin: When I decided to study the police, and more specifically, the anti-crime squads, I simply wrote to the commissioner at the head of a large district near Paris to ask for his permission, thinking that it would certainly be difficult to obtain. To my surprise, he immediately called me back and set me an appointment. When we met, I had a second surprise, as he interrupted my brief self-presentation, telling me he knew who I was, because he had Googled me. I had imagined he would rather have made a request to the French intelligence agency before allowing me to do fieldwork with his services. Back home, I checked my name using the same tool and discovered that the first references appearing online concerned papers and interviews I had given on social inequalities. That made me think that at least the commissioner had an idea about the orientation of my work. And as far as the reception of the book is concerned, it was shaped differently from my previous experiences due to the crucial issues it raised about urban policing and the fact that it was the first ethnography on this subject in France.

DB: In your discussion of the “discreet charm of ethnography” (634), you note the way certain audiences are predisposed to embrace or resist the “reality” and “presence” of the ethnographic account. Could you discuss how this problematic played out in your research?

DF: There is something powerful—for our readership—in an ethnographic description. You can convey both complexity and ambiguity. You can use a very neutral tone to render violent scenes or unjust situations, which make them even more effective on the public. Certain social scientists who are not used to this form and prefer statistical data or abstract analyses may feel uncomfortable with ethnography. That was the case with many French criminologists who had no experience of this sort of fieldwork and writing.

DB: At one point in the essay, you describe the way the title of an editorial you wrote for a news magazine was changed from “Scenes from Urban Life” to “Hunting Scenes from the Banlieues.” You then discuss the sensationalist impulses of public disclosure in tension with the more subdued complexity of critical thinking. What advice do you have for writers on how to invite non-academic readers to think critically about a topic that is politically charged or divisive?

DF: The media are of course free to present our work the way they want. But I think it is often possible to create a relationship of mutual respect between journalists and social scientists, by having discussions beforehand, by adapting our discourse to their requested format, and by negotiating the possibility to intervene on their final product before publication. In the present case, I have had most of the time an excellent work relationship with the media.

DB: You write that your “loyalty to the police rests on deontological grounds” (641), that is, it is grounded by your physical intersubjective presence rather than the ethical concerns you feel for the situation of immigrant youth. Yet, by relating to your object of study in this way, you are able to combine “interactionist and structuralist approaches.” Is what you are addressing, then, the way power is conducted through “structural violence”?

DF: Police are granted by delegation from the state the monopoly of the legitimate use of physical force, to quote Weber’s famous definition of the state. Their action is therefore always related to power. Actually, it is so in two ways, which seem contradictory prima facie, but which, I argue, are complementary. First, they are the armed wing of the state and the more repressive the latter the more violent the former. Second, they have a discretionary power that allows them a great autonomy in the decision of the use of force. The relations of power as they are created in housing projects reflect this dialectic.

DB: You end the essay by describing the way ethnography can “illuminate the unknown” or “interrogate the obvious” (643), but in both cases the ethnographer stands as a “specific intellectual” who speaks “within a given domain” rather than a “public intellectual” who speaks in toward a broad array of issues. Yet, despite this claim to specific expertise, you also talk about your concern with ethics and social justice. What is the role of the anthropologist when it comes to exposing publics to ethical practice and general concerns like justice? In this instance, do we speak as “public intellectuals” or does ethics fall under the domain of Foucault’s “specific intellectual”?

DF: In this research and in the way I responded to the media, I acted as a specific intellectual, in the sense that I restricted my public expression to a topic I had studied—and not only during fifteen months of fieldwork but also during several years of reading and writing about urban policing. But the critical ethnography I defend relates the findings obtained during fieldwork (what I call the interactionist approach) to the larger historical and political picture (what I designate as the structuralist approach). In the present study, I situated the various forms of police deviance within the trend observed during the past three decades, which is characterized by a shift of public action towards the disadvantaged neighbourhoods from welfare to repression in a context of growing socioeconomic inequalities. Consequently, I could not not address general issues of social justice and, even more broadly, discuss the way France violates the social contract between its citizens, when law enforcement mainly serves to enforce an unequal social order.

Other Works by Didier Fassin

with Richard Rechtman, Empire of Trauma: An Inquiry into the Condition of Victimhood, Princeton, N.J.: Princeton University Press, 2009.

When Bodies Remember: Experiences and Politics of AIDS in South Africa, Berkeley: University of California Press, 2007.

“The Biopolitics of Otherness: Undocumented Foreigners and Racial Discrimination in French Public Debate,” Anthropology Today 17, no. 1 (2001): 3–7.

Veena Das, Life and Words: Violence and the Descent into the Ordinary, Berkeley: University of California Press, 2007.